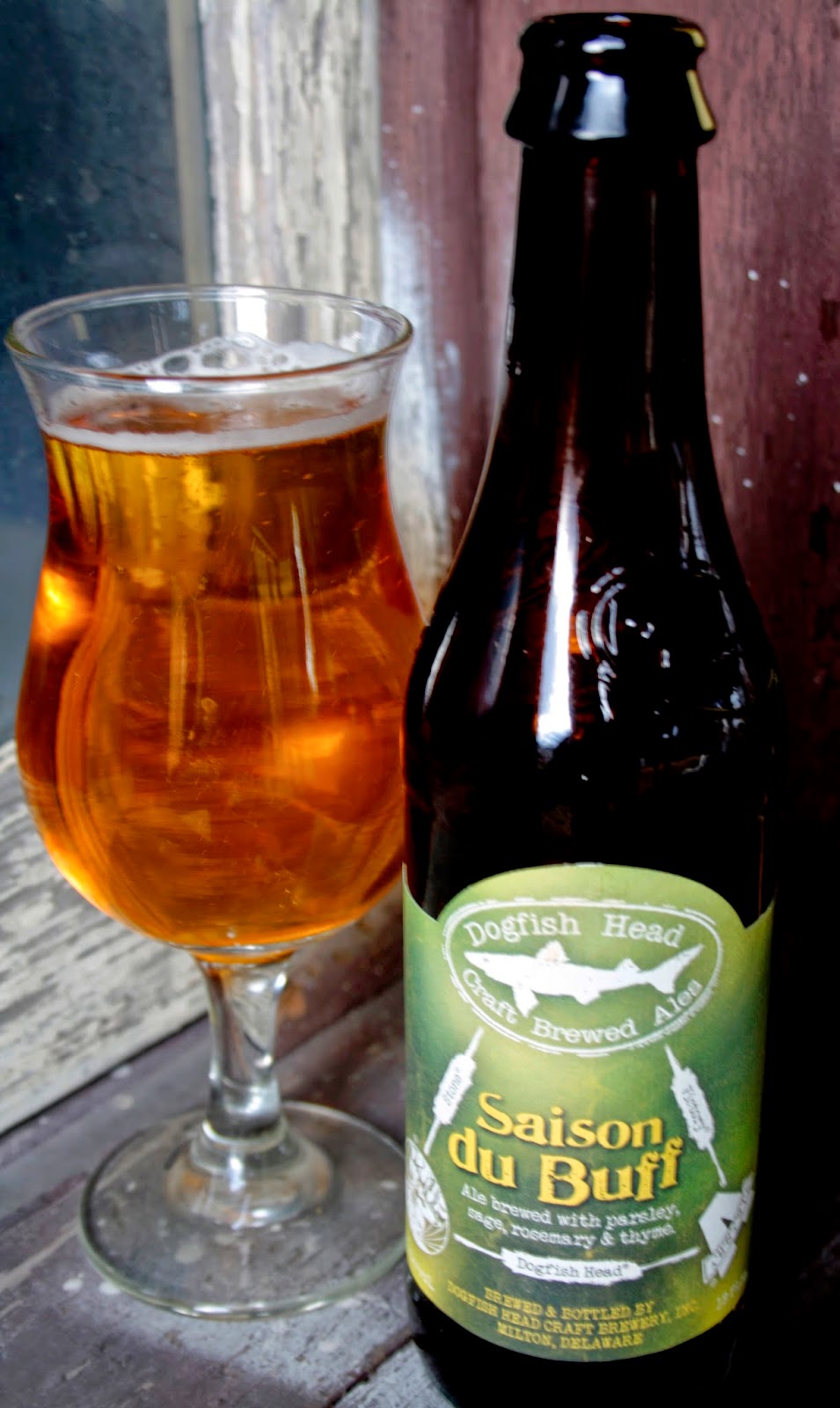 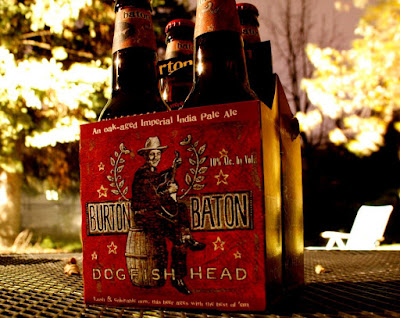 There are some rare "occasionals" the breweries whip that make me say "Woo!" Then there are SOME that make me say "WOO! HOO!" and punctuate with the feeling of total beer geek bliss and flavor nirvana with a "HOT DAMN! YES!"
Dogfish Head's Burton Baton is one that always goes into the latter camp.
The first impression of any beer is how it looks and the hazy, slightly burnt orange color of this, topped with a one finger sized fizzy, cream colored head that melts away at a moderate pace to a constant cap that sticks by all the way through. It's pretty much announcing that there's gonna be a good number of complexities to take in through the sipping so get yourself ready now.
Aromas of orange peel, vanilla, caramel all wrapped by a woodsy oak cask project itself boldly out of the glass. There's a dint of alcohol in the smell too but not overwhelming considering the brew's 10% abv potency. DAMN! It's been well over a year since I've last tasted one of these (and this only the 2nd beer I have revisited ever in this blog so far) so enough of these pleasantries and let's get down to some sipping.
The sweet/buttery/malty meets the citrus pucker power of Dogfish Head's 90 Minute IPA is here in spades on the initial sip. It's followed by a bit of honey then a bit of woodsy, whiskey nuances in the middle. The finish starts with a bit of an orange tartness but is mellowed out again with something that I can only describe as a smokey vanilla thing. At the very tail end of it all the more top end of the alcohol spectrum comes out but still subtle enough to not realize how potent this brew is.
A very, very limited amount of these hit this area (word was two cases for the entire county) and the beer merchant I picked them up at had their allowance of them reserved for those of us who have professed our love to them. I have two bottles left out of my 4 pack. I'm gonna hide those down in my beer cellar for at least a few months and see what happens.
http://www.dogfish.com/
Posted by Dale Merrill 1 comment: 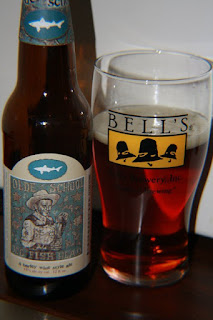 Ohhhh man. Barley wine! They're a rare treat around here in Smashin' Transistors land. One reason is that they're not something you see just at any random store. Another reason is that they're usually an occasional or season thing for most breweries. Usually packed with sweetness and a high alcohol count they can be thick and syrupy laying down some major hurt the next day. Moderation is the key as usual but doubly when it comes to them.
When it comes to suggesting a barley wine to a first timer Olde School from Dogfish Head is always at the top of my list. It is sweet but not way to syrup like, packs a 15% abv and sports one of Jon Langford's country music art pieces on it's label (which makes it 100% more bad ass than any other barley wine out there just based on it's cool factor alone). We're talking on of the kings of the style here.
Deep and clear amber color and a fizzy head and some serious lacing clinging to the side of the glass all the way through. Quite a few levels in the aroma. Apricot, green apple, toffee, sweet malts, some piney hops and, yes, many an alcohol fume on the nose. Reminds me some really fancy brandy or something like that.
The thing that jumps out the most on an initial sip is a bittersweet sting and a whole lotta warmth that doesn't seem to come from the alcohol but from the blast of flavor that comes out all the way through the glass. When it's cooler malt, caramel and sour fruits lays it down heavy then as it warms it takes on more of a dark fruit and spicy, hinting at a Belgian Quad ale or almost a cognac, flavor. It's finishes full and bold but it's stickiness doesn't coat the tongue and the back of the throat too thickly. We had a slight bit of snow flying around this evening. I'm looking out the window, sipping this and smiling because even if the heat wasn't turned on this is keeping me warm.
http://www.dogfish.com/
Posted by Dale Merrill No comments: 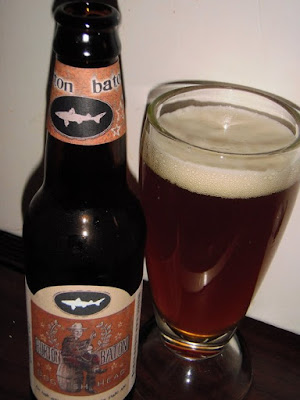 Ahhh, those occasional/rare brews that some of this nation's fine microbreweries produce. As a beer dork you have to get them when you see them sitting on the shelves without hesitation because who knows when they'll be spotted again. This double oak aged IPA from Dogfish Head is one of those one's where, at least in these parts, multiple 4 packs of them are purchased at once so they can cherished and sipped on while others are saying "I didn't even get to try those this year."
Cloudy amber in color and a good sized head that hangs on for quite a long while leaving a thick lace all the way though. Caramel scented malts is the first thing that tingles the nose followed by citrus, campfire smokiness and a dint of booze (but at 11% abv not as much as expected).
The mouthfeel of the brew is chewy but creamy and the flavor is packed with a whole bunch of complexities. The sweet warmth of the candied dark fruit flavored malts and tart grapefruit bite of the 90 Minute IPA are the first thing most, if they are familiar with that Dogfish Head flagship, will notice. The oak aging gives it a twist of vanilla and spices as well as a slight smokey twist. As it breathes the bitters do mellow a bit and you find yourself not believing, or at least surprised the higher end alcohol content this has....that unless you've sat down having a few and try to stand up a little to quickly.
One of the best brews of it's type and always worth waiting for it to come available again.
http://www.dogfish.com/
Posted by Dale Merrill No comments: