Anyone familiar with Pink Reason's nodding out from a diet of downers while listening to Royal Trux/Skip Spence/Joy Division sound of their previous releases may find themselves taken a little back by this record. 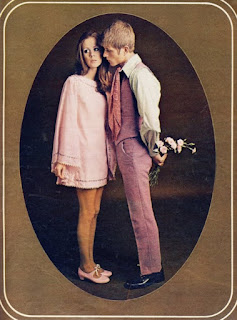 Maybe even blown back and pinned against the wall from the volume and impact it causes that is going on even.
Side one's "Empty Stomach" is supported by a thick wall of guitar fuzz accentuated with large doses of Sonic Youth/Dinosaur Jr loud feedback squalls and fat booming drums that take, something is usually a bit of an anomaly for a Pink Reason songs, a rock-n-roll drum break/fill. Without warning the tracks starts to hemorrhage profusely into a tempo shift and off it goes into the artsy leaning hardcore of "The Song With No Name" that ends almost as quickly as it started but not before driving a steak into the songs heart with the funniest but most bad ass trash metal guitar solo these ears have heard in ages.
If side one doesn't push away the goth tendencies Kevin gets pinned on him all the time (and though I haven't heard the "sister recordings" to this record, the Shit In The Garden ep, yet as of this writing imagine they will still pop up from time to time still will) the cover of V3's "Your Girlfriend" put more of a shove to get them even farther away. It has much more a thing for a taste of blood it's mouth that Christmas breath from chain smoking clove cigarettes.
Starting out with a stumbling false start then diving head first in Kevin's usually brooding voice sounds as if he's been swallowing fiberglass as he blurts out the words over an all fist cleaned and swinging backing of wrung out, raped by the gain knob guitar noise and pummeling drums. The dust clears with an over a minute guitar duel that is all about room clearing feedback and distortion.
http://www.almostreadyrecords.com/
Posted by Dale Merrill No comments: