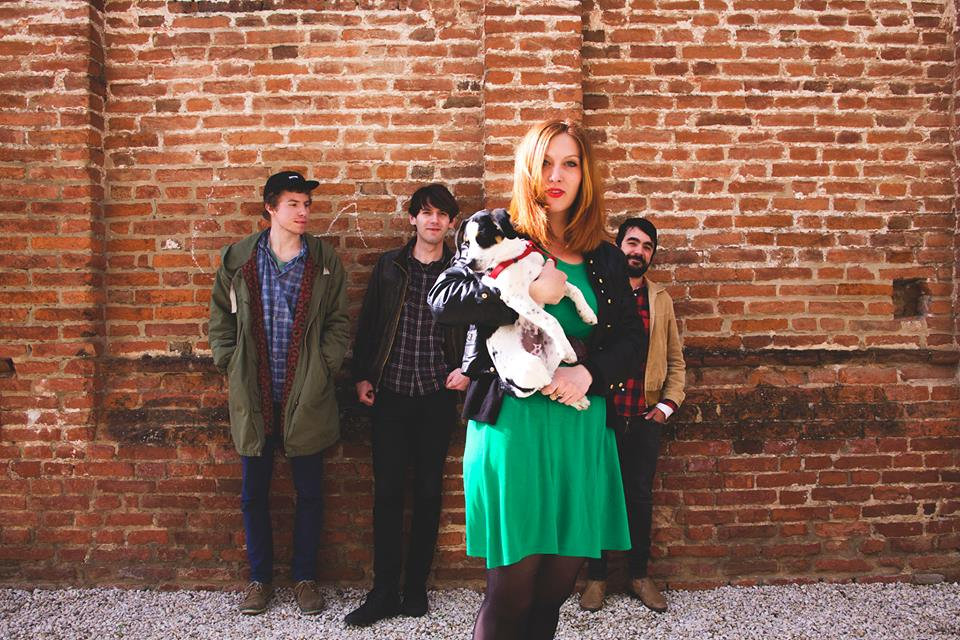 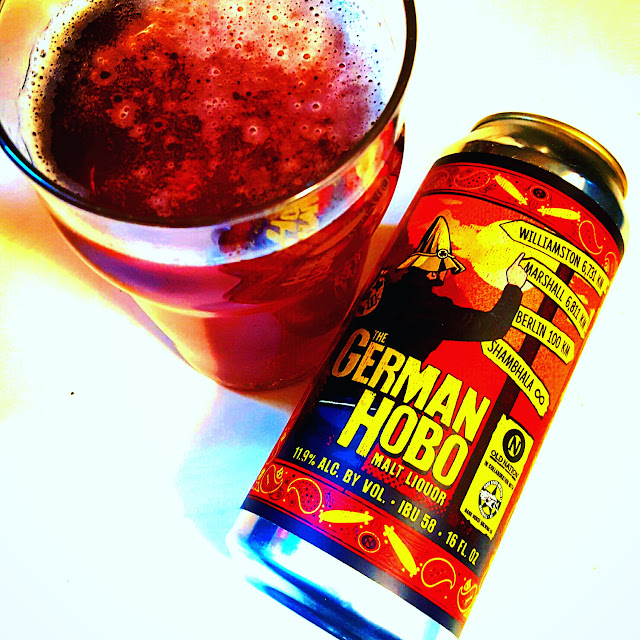 In my younger days, I drank more than my share of malt liquor. It was a budget thing. It definitely wasn't at all about classy or fancy. It was cheap and it did the trick I was looking for pretty quickly. Sure, my palate is (hopefully) much more refined these days but even to this day I'll drink a Mickey's Big Mouth in the summer simply for old times sake.
While perusing the beer shelves at a favorite local joint the other day, I landed my eyes on German Hobo. I chuckled for a second after noticing it said malt liquor on the label. Picking it up to give a closer look I noticed that it was a collaboration brew between two of my favorite Michigan beer makers, Dark Horse Brewing and Old Nation.
Needless to say, I had to take some home with me.
Right from pouring it was obvious that this wasn't some attempt to recreate some schwag to be drank from a paper bag. The color was a lot more persimmon than straw yellow and the smell all about caramel, honey, marmalade and toast and not a dive bar bathroom. The soft pour brought out a moderately dense head that melted away fairly quickly with some spotty lacing following.
In the flavor department there's a malty sweetness right on top. There's a molasses and popcorn thing going that gets me totally thinking of Cracker Jack at first. Following along that there's notes of pepper, honey and orange peel. A tartness starts to open up as it breathes which then gets me thinking of a caramel dipped green apple.
It finishes semi-dry and though there's a dint of booze in the flavor, one wouldn't think this brew is inching up on a 12% abv until a slight buzz kicks in after only one can.
No, this is not a "slam that bottle down quickly because as it warms it's gonna taste more like dog wizz with each sip" malt liquor. This is much more richer and way less tasting like fermented corn syrup. That and a 16 oz can of this packs a larger boozy wallop as an entire 40 oz bottle of  the average bought at a gas station malt liquor too.
Old Nation Brewing
Dark Horse  Brewing
Posted by Dale Merrill No comments: 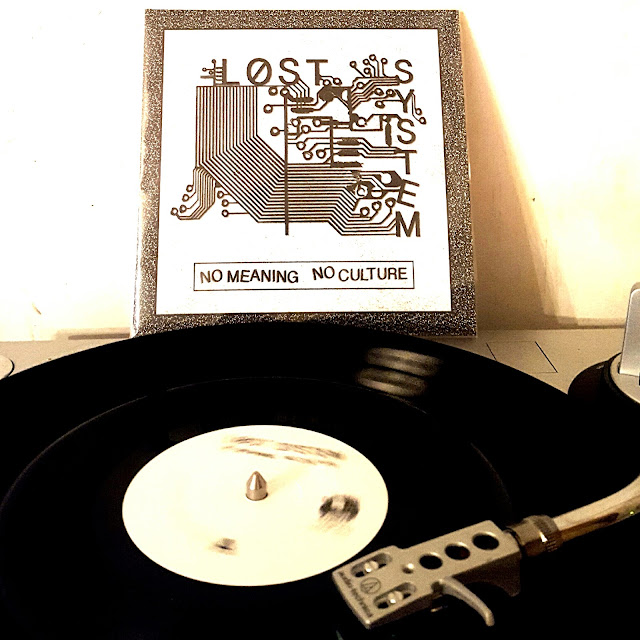 Dystopian. It seems I've been using that word in conversation more than ever before recently. It's not like the world has ever been a perfect place but after the presidential election, the word is being used much more often by many people.
It also seems to be the right kind of word to describe what is going on in the grooves of this record from Grand Rapids, Michigan band Lost System.
Sure, the goth'd-out synth blurts and oh so spooooky post punk vocals may seem a bit rote on the "should we dance to this in a basement adorned with stuff from the Halloween store closeout bin or just slowly bleed to death" of the record's opener "Medical Study" and the Eurotrashy tinged "False Companion" but things get a bit darker and creepier too.
"Future Shock" reeks of disenchantment. It lays out on a cold slab of electronic throbs and illuminates the petulance under a harsh buzz while "Lost System" resembles something from Scott Walker's Scott 2 maneuvering a flowery meadow riddled with landmines.
Neck Chop Records
Posted by Dale Merrill No comments: 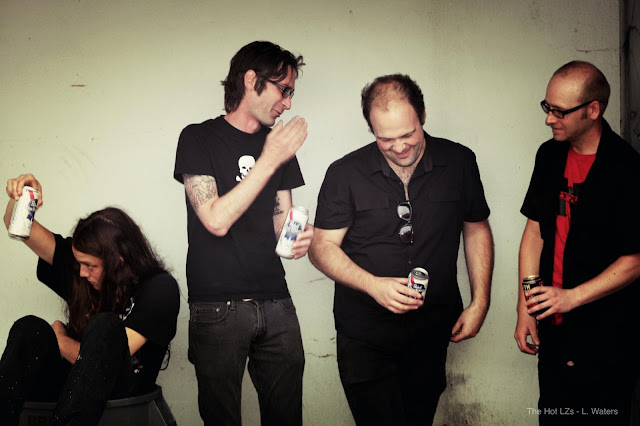 Johnny Thunders spawned a lot of illegitimate rock-n-roll offspring. That's not a problem in as much as itself though as is how many of those kids don't do a Johnny kinda thing right. I'm not talking about being a junkie or the rats nest of hair that made even the Ronettes says "DAMN!" kinda thing. I mean more like how a bunch of them wanna rock but forget about the roll. When that happens the listener is more often than not being handed something that ends up being warmed over Mötley Crüe with less groove and more plod or suburban pop-punkers disguised in some historical reenactor get ups.
Going back to at least his days as the six string slinger in the Halfways in the late 90's, The Hot LZ's Mark Death has known that without the roll you cannot really rock. He makes sure that the rest of the band knows it, learns it and lives it too.
Another thing that is lost on a lot bands that proudly show off their 180g color vinyl reissues of Dead Boys/Iggy & the Stooges to anyone that will look is that pussy and booze are part of the diet but it's hate that provides the rocket fuel energy for rollicking propulsion.
Aggravate My Mind is not short on hate songs. As the rhythm section thumps and swings and the guitars blaaang and blare, Mark sneers contempt for those who way overstay their welcome on "Don't Wanna See You", disgust for those around him when he's just trying to have a beer on "Moron Magnet", ill will for those who think they're superior on "Baby You Ain't Shit", general animosity for living on "I Can't Seem To Die" and "Murder In My Heart" and...well, you get the point by now I'm sure.
"So, does the dude hate everything?" you may be asking. Well, I've seen pictures of the chickens Mark has roaming around his yard. He does seem to dig them so at least not every living being in the world pisses him off. For you though, turn this record up and let the spite blast so the neighbors can hear. They'll probably be too worried that you'll go ballistic on them and stab them in the eye if they asked you to turn it down.
The Hot LZ's on Facebook
Posted by Dale Merrill No comments: