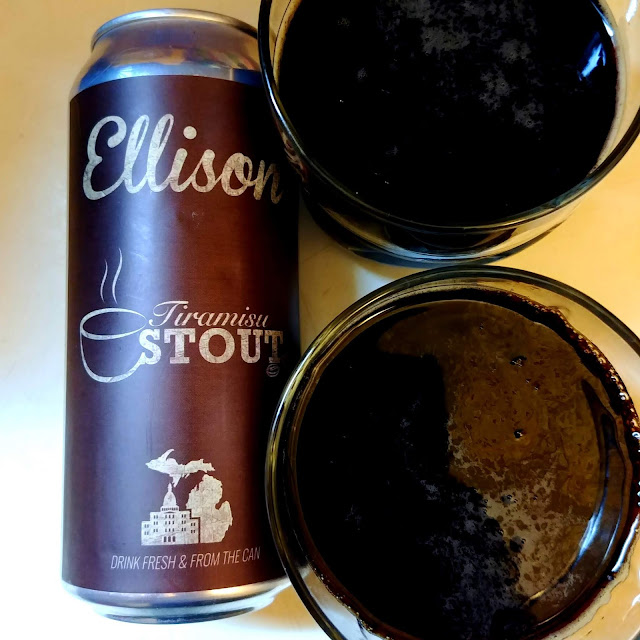 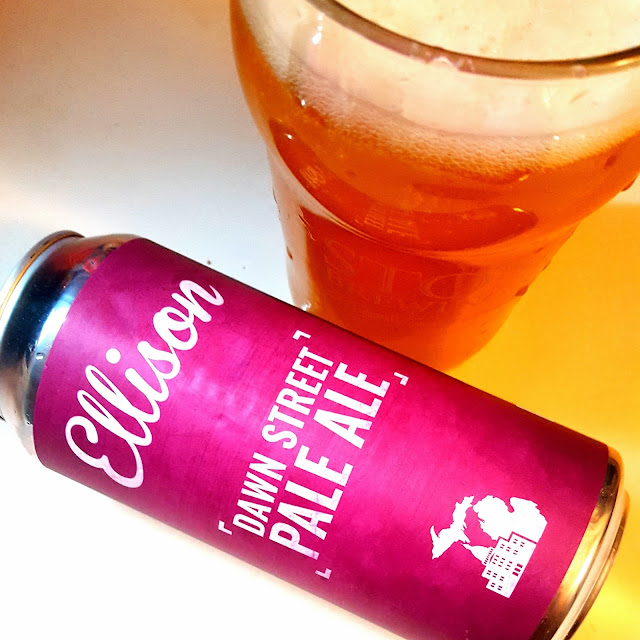 With IPA's being the big dog in the beer world, it's sibling, the standard pale ale, has been neglected and, in some circles, even shunned these days (for example, it was a sad day for us here at Smashin' Transistors when we heard that Founders was going to be no longer be making their dry hopped pale ale as it was one of our favorites and always paired finely with whatever was for dinner.)

Now, I'm not talking smack about IPA's or anything. I dig plenty myself but still, there's nothing like a solid and tasty pale ale. They're flavorful with citrus, pine and maybe even bread and honey nuances but not an overtly sticky hop bomb. They're crisp and refreshing but not some lightweight old guy beer either. And, as I already mentioned, a finely made will compliment but never overshadow any food it is served with.

It seems the grain and yeast thaumaturges at Lansing, Michigan's Ellison Brewery were thinking the same thing when they envisioned Dawn Street Pale Ale. Colored beaming tangerine in color and a sporting a dense and rocky head, we're already off to a great start when this brew is poured into a glass. Eyes closed and giving it a sniff, one may think they have a glass of freshly squeezed orange juice in their hand. Aroma of mango, peach, honey and toast made from homemade bread are noticeable on the nose too.

On first sip, there's a bit of caramel and sweetness. Then a variety of the aforementioned citrus comes into play. The other fruits follow that. The complexities of it all intermingle, giving each one a distinction but being subtle about it. Towards the end, it brings the toast and honey thing out that was noticed in the scent before closing with a slight bitter that then fades into a clean and dry flavor.

That beer booms with all kinds of character and is very memorable. It's not obtrusive about though s whether it's steak, chicken, fish or whatever you may choose for a main course at suppertime or just simply hanging out and knocking back a few brews, this one will not disappoint.
Taste a brighter shade of pale at Ellison Brewing and Spirits.
Posted by Dale Merrill No comments: