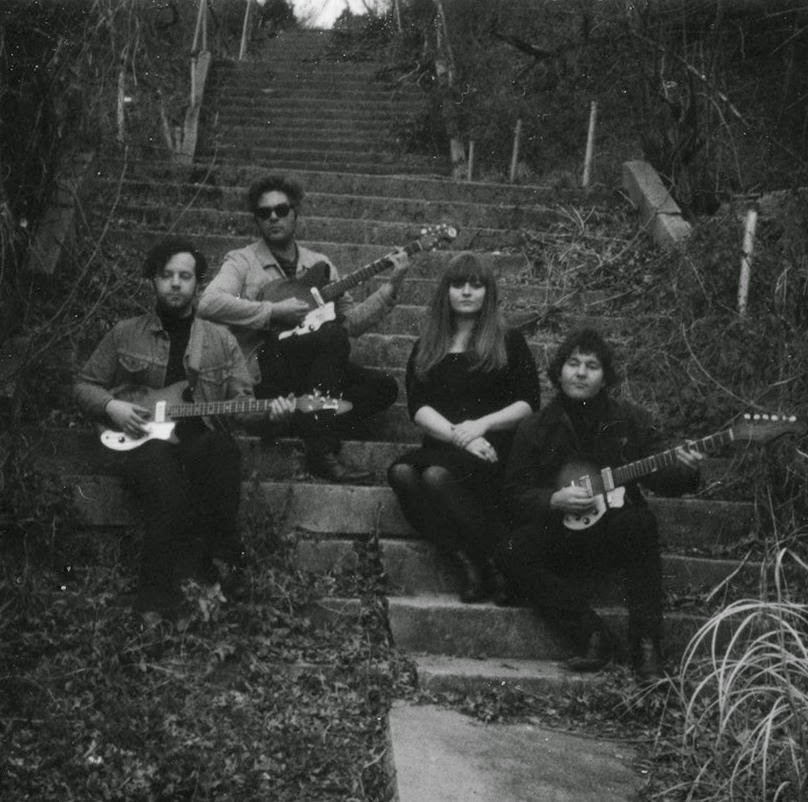 With the former it can get a nerdy if they are all just gear geeks that play at mid volume (because they can't turn it up too loud as it may fry out their oh so precious vintage amps) and think music died in 1967 (even if the members of said band weren't even alive yet.)
The latter is akin to Halloween. It's fun to dress up but, unless someone is terminally goth or community theater actor weirdo, the novelty can wear thin pretty quick if mostly they got going for them is wacky schtick.
Judging from their photos, the Ar-kaics dress in a classic style that always looks contemporary. They know that basic black and Levi jackets never goes out of style. Musically, the band floats around the party doing its best to keep both the freshly pressed shirt Nuggets crowd and the rumpled and ragged Back From the Grave fiends happy.
Fuzz box frenzied tunes like album's opening salvo, "She Does Those Things To Me", the early period Black Lips caveman stomp of "Can't Keep Waiting" and "Sick & Tired" and the wiggly chugging of "Givin' Up", "No Good" and "Why Should I" fill a mud bog with grimy old wheel bearing grease that satiates the appetite of those hungry for dirt. For those who feed off the melancholy trips the slashing "Movin' On", the dirgy blues that vibrates off "Slave To Her Lies" and the slow crawl that's the albums closer "Cut Me Down" should be enough to flood black hearts with tears.
It's tricky to take a definitive era of sound from about 50 years ago and stay loyal to it without making it sound too hokey but the Ar-Kaics kick up attitude and put enough sincere energy into it to pull it off pretty darn good.
www.windianrecords.com
Posted by Dale Merrill No comments:

To call this Munich, Germany band "Euro garage with a flair for the power pop thing" would be simple enough to do and then call it a day but it would be selling what is going on in the two songs of this little slab of plastic a bit too short. First off, the description of "Euro-garage" is, usually, at most, a backhanded compliment and most times a nice way of saying "Their hearts are in the right place but they just don't have IT enough to be convincing."
Secondly, "the power pop thing, leaves it open as to what kind of power pop. After all, some of the music coined that sounds like its running on a couple of triple A batteries while others actually have some get up and go to them.
Mondo Ray sound convincingly revved up. "Hypnotized" could almost be passed off a unreleased track from the Saints Eternally Yours for it's amped up dirty white boy take on soul power rock (minus the horns though but twice the noise as the guitars and distorted organ sounds lock gang up tightly with the rhythm section and throw down a pummel that last throughout the song).
The B-side's "Nothing" plays it a bit more straitlaced and cleaner, hence where the blessed or dreaded, depending on which side of the fence you are, power pop badge comes in to play, but the band inject an enthusiasm into it that sounds honest and direct. The fat bass tones and spikey blasts of twanged out guitar all over the song show that these guys aren't afraid to walk on on stage with wrinkles in their shirts.
http://www.windianrecords.com/