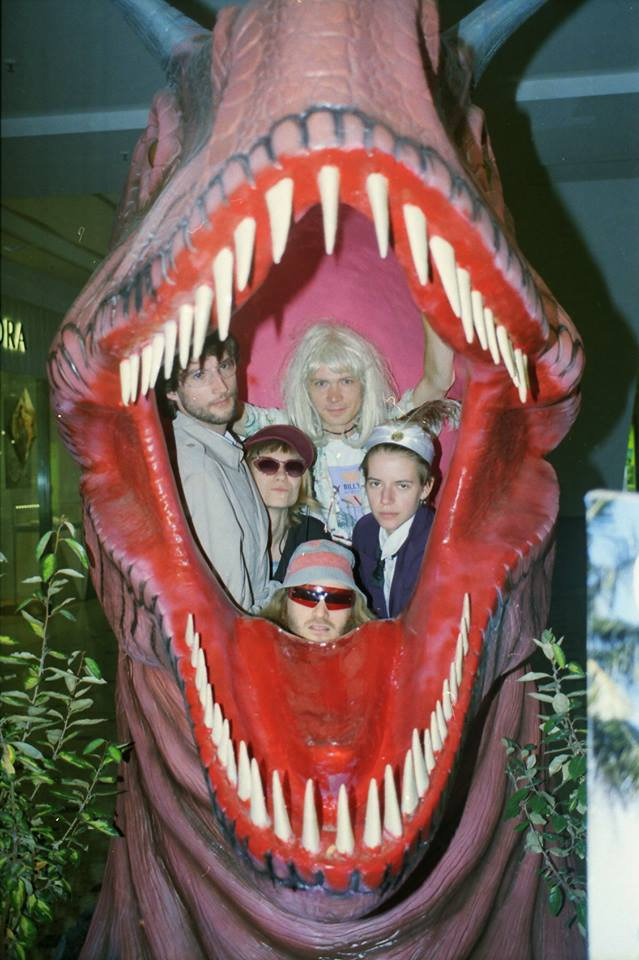 New Wave. Not in a some platitudinous "planning a theme party" big hair/funny sunglasses/talkin' Valley Girl kind out of way. I'm talking truly bonified oddballs. Too freaky for the crowd that took theater class and boisterous and funny for the kids that always hung out in the art room. They may not be hip with the coolest and newest music out there, but everything they were into was a bit strange and usually listened to at a ridiculously loud volume.

That's the impression that Leipzig Germany's Lassie gives off. Party music that changes whatever the shindig's theme was just by them showing up. Hell, it not even fair to call it a shindig until these kooks show up. It was merely a gathering of windbags and imposters.

Straight off the band bums out the shiny, happy people with "Phone Calls On My Deathbed" by showing an affinity for leaving DEVO LP's out in the sun all day and then reenacting what it sounds like when it's put back on the turntable and played at 45 speed.


Once that jerkin' and jarrin' has cleared those squares off that dancefloor and, hell, out of the house in fact, it's time for Lassie to thumb their noses at them even more.

"Modern Vacation", which pokes jibes of the goofy ass kids who somehow become influencers on social media, is like a Sparks songs without operatic show tune bits with much more noisy mood swings and Segway references.

Yes, you heard that right. Segway references. They also wrote a song about the mall cop who rides around on one and whose job is to stop everyone's fun. Most likely he's not a fan of Métal Urbain or the Monkees so he won't appreciate the ode they penned for him.


"Tiger In My Tank" probably won't do much to improve gas mileage or performance of a set of wheels, but it's 1950's boppin' dropped into a fluorescent future that sci-fi writers have promised (yet still haven't really quite delivered on...yet) was probably written for a car chase set either on Mars or the most hyperactive animation series for the kids subsisting mostly on sugary snacks set yet.


I dunno about your neighborhood but mine could sure use a combo of loons like Lassie. I would then know that if I saw a flyer for a new wave dance party happening around town, it just wouldn't be some boor playing Howard Jones mp3's off his laptop.
Fetch it at the Bandcamp page.
Posted by Dale Merrill No comments: 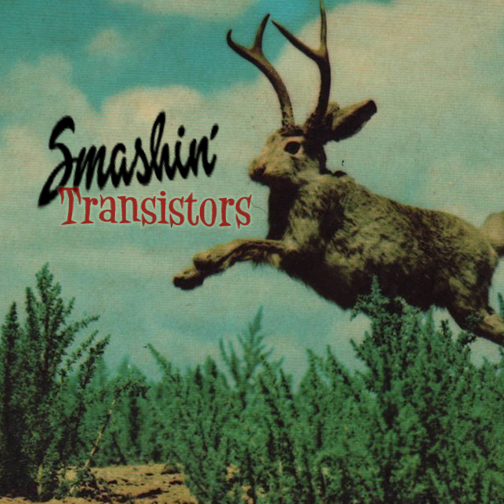 It's a few weeks shy of May. The weather has been insisting it is still late February.

This episode sets a raging blaze of sonic heat.

You can also subscribe to the Smashin' Transistors show on Apple Podcasts, Podbean and Radio Mutation 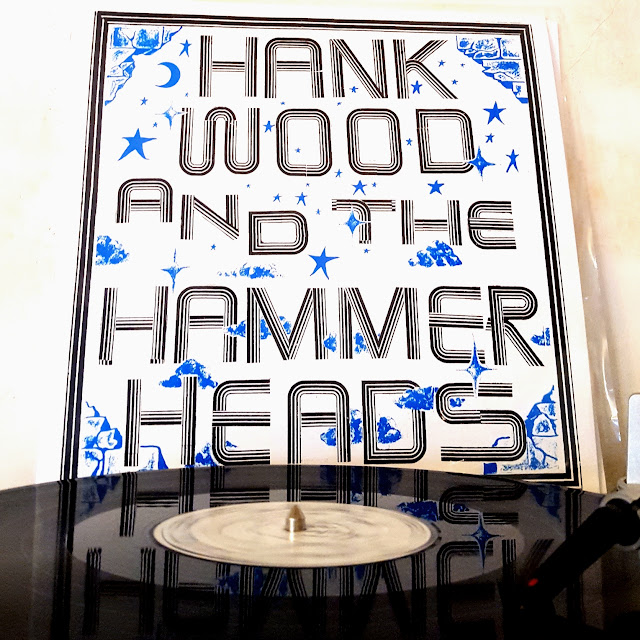 .
It seems with a lot of great punk bands, hell even great rock-n-roll bands, is that once they get something that is a sound all of their own, it seems they then lock it tight and hermitically seal it. It eventually becomes a biproduct of stale air. There's enough cracks and wormholes with Hank Wood and the Hammerheads clatter that invites odd smells, strange mildews and weird bugs to come in and make it different each time.
Do your nailing at Toxic State records
Posted by Dale Merrill No comments: 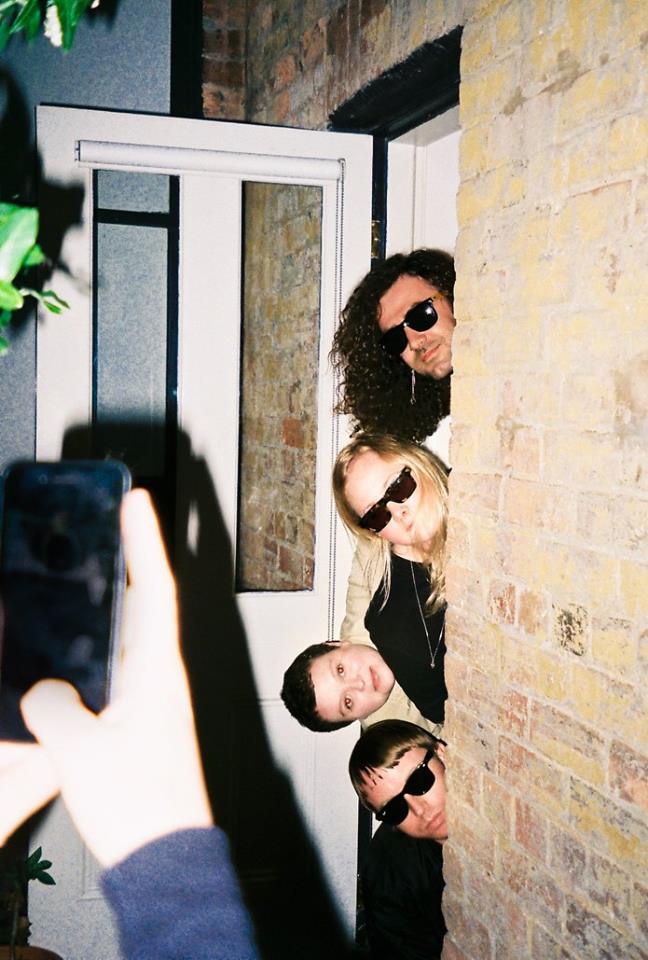 Having not listened to the Scottish Skids in a thousand years, I had to look up one of their songs online to be reminded what they sounded like. These Oz Skids don't sound similar.

I think if you listen to these Skids with headphones on you will hear actual knuckles dragging beneath the grunts of the singer and the loads of mud the band dredges up.

With "Crooked Cop" as the first impression and the boozy lummox stomp tempo it's easy to think that the band is absolutely surly and doesn't like to have a good time (unless their idea of having a good time is giving everyone else the creeps) but if that was the case, they probably wouldn't cop a Chuck Berry lick like the do on "Alright With Me."

The thing is though, if you entered this band in a Chuck Berry lick copping contest the judges might say "Why do they sound so lunkheaded about the whole thing." I'd probably vote for them for that same reason though.
Spin out at Shipping Steel Records
Posted by Dale Merrill No comments:

Smashin' Podsistorscast 31: There will be ham sandwiches and coffee following the service... 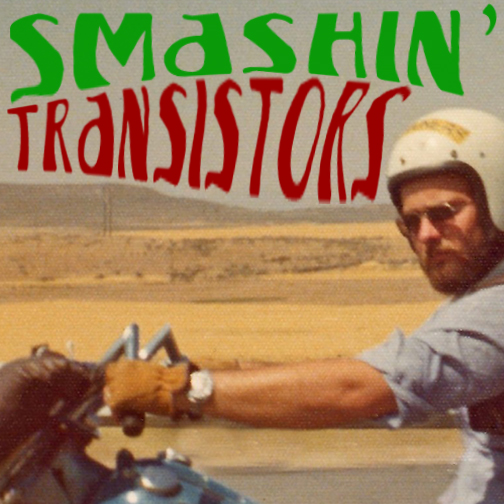 Let Smashin' Transistors ruin Easter Dinner with the family for you. We've got sleaze, lust, blasphemy and a whole lot of other sins in static and noise. Some of it even goes POP!


What you'll hear:
Mary Jane Hooper - I've Got What You Need
Krozer - Pink Stuff
Thomas A Edison Electric Band - Name Of The Game
Obnox - I Climbed A Mountain
Cybotron - Cosmic Cars
-words from your host-
Caveman and Bam Bam - Starting A Dance Craze
Isley Brothers - Keep On Doin'
American Breakfast - Ice Cream
Neo Neos - Give Me a Chance
Dan Melchior - Another Oil Spill
-words from your host-
Hank Wood & The Hammerheads - It's Lonely In This World All Alone
Lassie - Tiger In My Tank
En Attendant Ana - In The End
Supercrush - I've Been Around
Bailter Space - Splat
-words from your host-
Rik and the Pigs - Rat's Behind
Heavy Lids - T.V. States
Control Test - Abuso
Heavy Metal - Today Is The Day Before Tomorrow
CH3 - Catholic Boy
-words from your host-

You can also subscribe to the Smashin' Transistors show on Apple Podcasts, Podbean and Radio Mutation
Posted by Dale Merrill No comments: