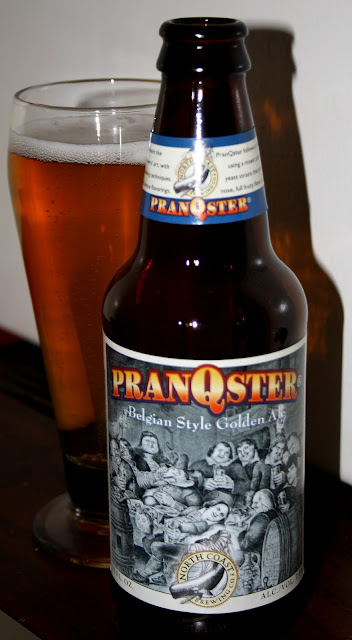 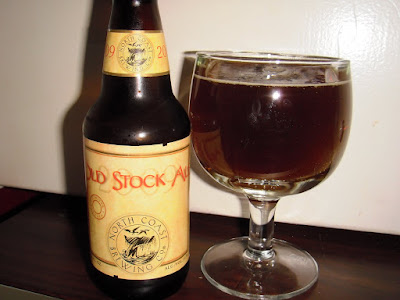 impressive showing. This is my first go round with this, their old ale (a style I'm still bit of a neophyte about), though and expecting goodness.
Nice dark rust in color that reminds me a bit of apple cider fresh from the mill. Minimal head but a constant ring around the top of the brew all the way through leaving a thick, runny lacing all the way down the glass. A firm but not overbearing aroma of grapes and caramel stand out in the scent. There is a dent of alcohol that comes out on the nose too but no as strongly as one would expect with it's high abv (11.5% to be exact). A woodsy nuance comes out too where one would almost think it is barrel aged but there's nothing on the label stating such. A very warming and friendly smell all around.
First sip and there's already a lot of different levels of flavors coming out. A smooth buttery caramel steps up first softening up the tastebuds. Next comes a finely aged quality port wine likeness that is just as quickly followed by either something that reminds me of cherries or green apples. It's hard pinpointing which exactly. I had my better half take a sip as to see if she could tell which and she's torn between the two as well. The finish has a little bit of hotness from the high alcohol count but is mellowed out by vanilla and more of that caramel taste that it had in the beginning. As the brew comes closer to room temperature the more of all the above things come out even more. Without a doubt here's a lot of craftsmanship that goes into this and they're no denying they know what they're doing.
Between the high test booze level and the many different tastes that come out of it this is definitely a sipper. To compare it to another beer just for reference points flavor (but not necessarily style) wise-calling it a big brother (or older cousin) to Dogfish Head's 90 Minute IPA wouldn't be far off. Just what I was looking for tonight.
http://www.northcoastbrewing.com/
Posted by Dale Merrill No comments: