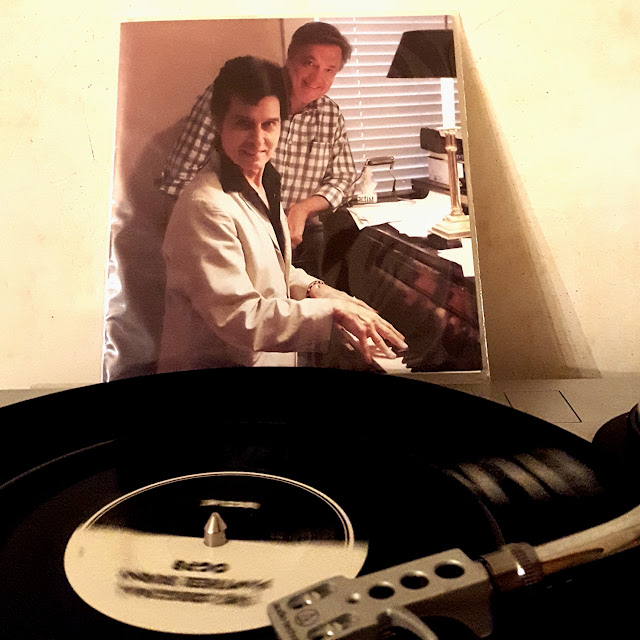 Recorded in one day, this is sound of two old souls hanging out in a laidback setting and laying it down unadorned and pure. The Baron Ross Johnson's work on the traps is lackadaisically sublime as it has ever been, keeping time in a loose manner and always putting booms and crashes where many might not think they belong but they definately do when he does it. Tav's guitar work sounds like the south. Swamps and hills. Humidity and pig fat. It all comes out in the snakey blues string work and his croon is just as blurry eyed and velvelty as his devotees dug it for decades.
Get it from Spacecase Records.
7inch Spacecase Tennessee

brad pounders said…
Thx for the kind words. It was a kick of a session.