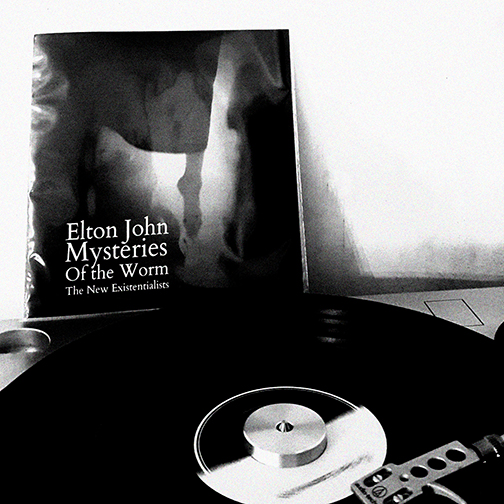 Growing up sorta in the middle of nowhere, Flying Nun bands were like getting audio pen pals from a place that was familiar yet so distant and mystifying. In the early 90's though, I'd had grown out of touch with the label's tangible dispatches so I can't really compare the differences and similarities between what New Existentialist George D. Henderson has going on here and what he was up to in his other combo the Puddle.

Sleepy eyed in tempo "Elton John" finds daydreams about listening to records and singing along in a wistful and maundering tone. Guitars sibilate a trademark NZ misshapen jangle that dates back to at least the Clean and while a synth emanates a blurting a wobbly mist.


The ghost of Syd and perhaps a specter of, say, the Television Personalities hangs over the band sound without intruding too much. Sure, there's a common whimsical melancholiness in the sort of psych-pop that no doubt stitches them all together, but the bouncing and squishy trip into the earth that's side two's "Mystery Of The Worm" has them loping down their own leafy path.
Snag it at Spacecase Records
7inch new zealand Spacecase