May 05, 2012
A lot of people, including yours truly, have said "You know what I am going to do? I am going to write a new song everyday." Usually though, now matter how sincere such people's intentions are, things like life and it's responsibilities get in the way.
Then there's cats like Wes Coleman.
It's like he wakes up (probably around noon or later), has a breakfast of bacon, eggs, orange juice and whiskey and then not only gets down to writing a song each and every day but then lays them down to tape just minutes afterwards too. 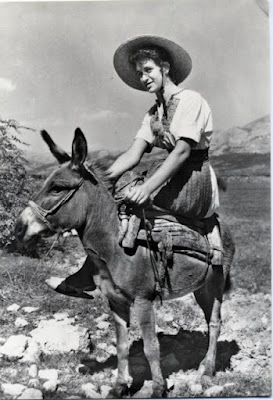 Slathered in greasy saxophone and whirly keyboards tracks like the "She's Like Dracula" jitteriness and the seeing double 50's rock-n-roll feeling "Animal Bed" conjure up happy memories of a summer youth misspent at beach coast amusement parks, watching dimestore E Street Band contenders and trying to chat up girls who thought they were too pretty for the local boys.
Storefront gospel, southern soul and the ghosts of homeless Roy Orbison worshiping balladeers seem to haunt heavy on that thing that Jack Oblivian does when he does that type of think tune "The Howling" and the album's title track.
Other songs on the album are downright pretty. "Hanging Around" country-rock lilts like one of those good songs from the Grateful Dead's Workingman's Dead or American Beauty. That is if the Dead had some punk rock records in their collection, could keep their songs around the 3 minute mark and, you know, didn't have all those pesky Deadhead's making it possibly embarrassing to be compared to. The assistance of a bit of pedal steal makes the lilting-n-weepy acoustic based "Flowers In the Dark" sound even more damn heartfelt.
The Last Donkey Show finds Mr. Coleman in a myriad of moods. Some loud. Some quiet. All of them with a touch of booziness.
The split single with other fellow fuzzy Texans, Followed By Static, is the first releases on the always cool Italian gal Astrid Dante of Miss Chain & the Broken Heels label Way Out There. A slight theme of metaphorical food and alliteration stands out at first gander. Both JWCIII's "Personality Pancake" and FBS's "Bacon Bear" take the cowpunk sound and kick that driving 290 Highway dust all over it. The former like the Replacements jangling along til the stumble into a nest of rattlesnakes, the latter like a Hill Country Hootenany going after a morning of a couple pots of Cafe Bustelo and mushroom hunting.
They other 3 songs by both artist compliment each other well too with Coleman's tracks ranging from broken down robot funk ran on tubes instead of transistors, torrential waves of feedback and general Austin weirdness and Followed By Static's tunes starting out as simple, charming folk rock and finishing as large orchestrated epics.
http://www.goner-records.com/
http://www.wayoutthererecords.com/
Goner LP Texas

Bob Weir...d said…
Deadhead references can be harsh but there are some good songs on both those albums. I hear where you are coming from.
May 8, 2012 at 4:30 AM