April 26, 2012
Chocked full of instant earworms, King Tuff's "...Was Dead" was one of those modern classics that slowly made it's rounds at first but gained converts to everyone that heard it. Some of the tracks sounded like the Ohio Express dazed on medibles and others hinted at what ZZ Top would sound like if they called up Steve and Jeff McDonald to make a record with them. 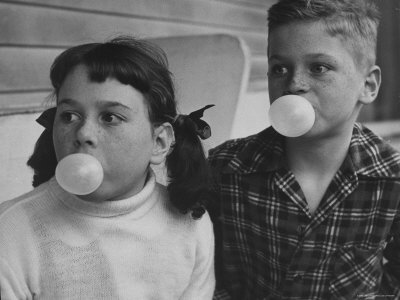 Though people wanted more King Tuff's main brain Kyle Thomas decided to take things in a little of different direction and formed a project Happy Birthday who ended up getting signed to Sub Pop. First word on the band was that they retained the King Tuff spirit but also fit in the Sub Pop aesthetic of the last decade.
Y'know, that quirky yet palatable indie pop thing? Parts of Happy Birthday's 2010 debut album worked but a lot of it was quite scattershot. Seemed too many ideas thrown around and, no matter how clever the intentions were, it sounded like it was trying to hard at being charming.
Fast forward to 2012 and Kyle is working under the King Tuff name again. Not only that he has employed Detroit craft loud pop bon vivant Bobby Harlow of the Go and Conspiracy Of Owls fame to help co-pilot the sound and twist the knobs.
Serving as a teaser to the upcoming full length on, you guessed it, Sub Pop, these two tracks are spot on in firing up hopes. Both tracks here rev like a Grand Torino with an underaged driver behind the wheel with a 4 pack of Californina Coolers underneath the front seat, a couple of pin doobies in his cigarette pack and a cassette with the Sweet's Desolation Boulevard on one side and Hüsker Dü's Flip Your Wig on the other.
The new album comes out at the end of May. It might be worth marking the calendar for.
http://suicidesqueezerecords.tumblr.com/
7inch Suicide Squeeze Vermont

Rakeface said…
I have heard that the album sounds too overproduced. The single sounds good though. Heard anything else off it yet?
April 28, 2012 at 3:57 PM

Dale Merrill said…
Haven't heard anything else from the sessions yet. The album is out in a few weeks. I am looking forward to hearing it.
April 29, 2012 at 6:05 PM

Carlo(ad)s said…
dude I sure miss when you wrote funny reviews. whats up with all this info and story telling. no one pays decent money to write press releases any more.
May 10, 2012 at 6:19 AM

Carlo(ad)s said…
and fuck king tuff and fuck that guy from the go too. the go always sucked and that happy birthday record blows too.

Dale Merrill said…
Write like I used to do? I used to write a lot more. And a lot more filler writing too. People changed...Not into that writing about everything that passed through just to pad my record collection thing as much anymore.

And that first King Tuff record is a classic though I do agree somewhat on Happy Birthday album.
May 11, 2012 at 8:28 PM