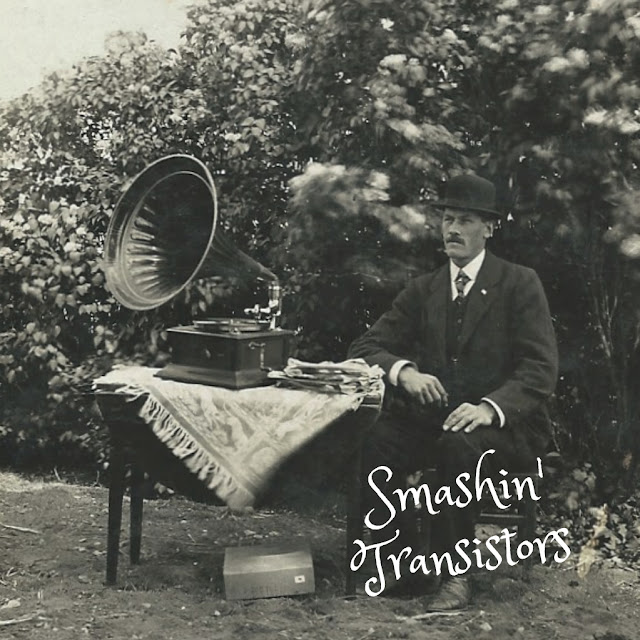 There was a spell there towards the end of the last century, that if you wanted to prove how punk rock your attitude was, you would suffix whatever the name of the project was with a "'77."

It cracked us up for a couple months.

It was not a running joke with everyone I hung out with though. One evening, I was hanging out with some other group of friends. They were starting a band and were looking for a name.

"Dude! You should call yourself Apostrophe 77!" I blurted out. From the looks on their faces, you could tell they thought it was brilliant. "Yes, that's perfect. That's when punk rock really started. If people see our name on a flier, they'll know we play punk rock!"

"So, wait," one of them said in a puzzled tone "You weren't serious?"

I think the band lasted a few practices and maybe a basement party. That's a standard punk rock story. They didn't use the name though.

There are no songs from '77 in episode 77 of the Smashin' Transistors fake radio show.