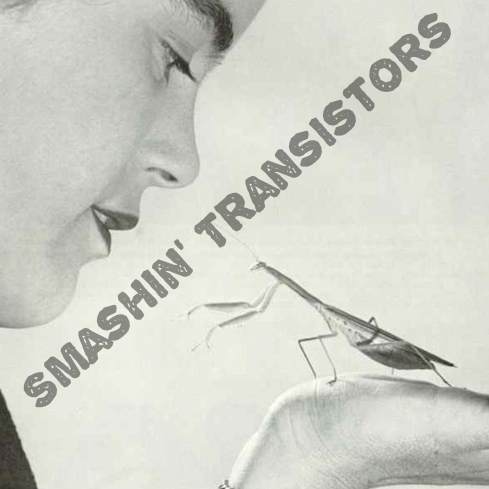 In the wilds of Michigan’s Thumb, the sounds of the night bugs were mostly crickets. In my new surroundings of North Carolina’s Triangle, there are crickets as well but also many katydids. And for an added attraction right now, we got the cicadas too.  There are a lot of trees surround the digs I dwell. Hearing all of the night bugs going on here all at once is a like three band bill where they are all drone combos doing some sort of concept set about spaceships landing in a lush green forest.

Though I did not record this episode outside to capture some of those sounds, I seriously did consider it. Perhaps I even will some time down the road.

Subscribe to the Smashin' Transistors show on Apple Podcasts and Podbean