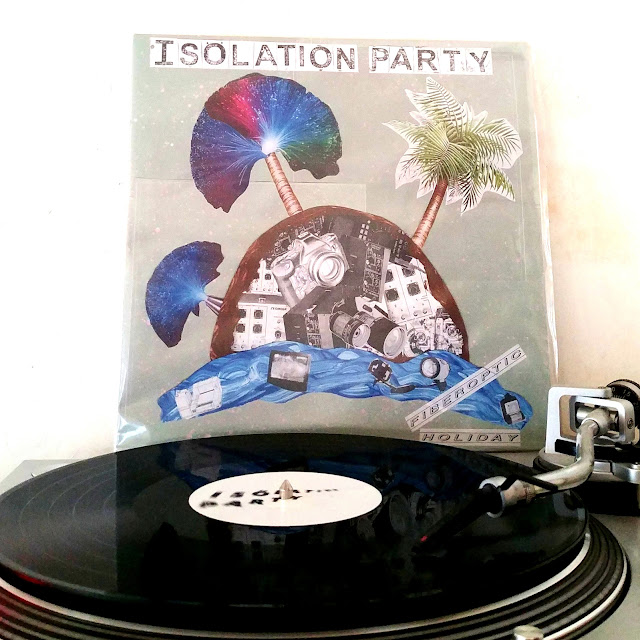 Often sounding like a small town take on '78 era punk rock that's packed with bright lights/big city notions, London, Ontario's Isolation Party are way less divisive about having a good time than their name may suggest. With an earnest heart on the sleeve yearning, a knack for colossal guitar hooks and a generally rambunctious execution, the band propels itself through quite a gamut of rock-n-roll.

Some songs here, like the record's opening salvo "Dark Matter" and "Pointing Finger" channel an antsy Pub Rock kind of thing but in a way where it blasts about as if it was influenced by punk rock instead of vice versa and the beer sweat it gives off reeks of a two-four of Boxer Ice than it does of ciders and bitters.

The ragged and comfortable feeling of faded flannel that dates back to the days before the Replacements were signed to a major label, the taste of orange bubblegum and the rush from breaking bottles on a busy street seem all present on songs like heads down chug of "Dislocator" and "Fine Lines."

Adding more twists to the above, the same thing goes with "Mr. Telephone" if you factor in some jumpy garage punk into the concoction.

Make that double for the record's title track with its infectious guitar riff and jagged bounce that drive "Sleeves" along but stir a large helping of Buzzcocksian cynical winks to the brew.

Get less confined at No Front Teeth records