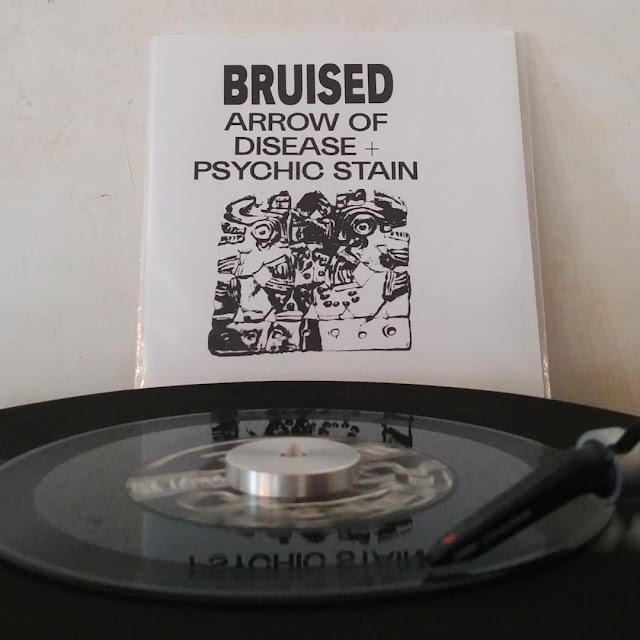 Since 2007 Chicago based Randy Records has released slabs ranging from ringing folk jangle, gooey psych-pop and totally smoked filled dive bar white boy Rhythm-n-Blues. All of them had a healthy dose of punk attitude, but not many of them would I consider, y'know, punk rock.

That is until this, the 25th release from the label. Blurrrzztin' and blitzin', the debut single from Bruised. Battered and pulsing, "Arrow of Disease" throbs like Devo on a spaceship trip where they've hired a drunken Spits to be the crew. The spaceship in question is made of tin and is held together but some sort of glowing sludge. It's a brain rattling quest to a destination of circuitry.


If the song a blast to outer galaxies the flip, "Psychic Stain", is a rough reentry to this atmosphere. It's a quick and blunt blast of jerky hardcore that scrapes across concrete in a ferocious manner.

Get a contusion at Randy Records
7inch Illinois Randy