THE YOLKS Get Back 7inch 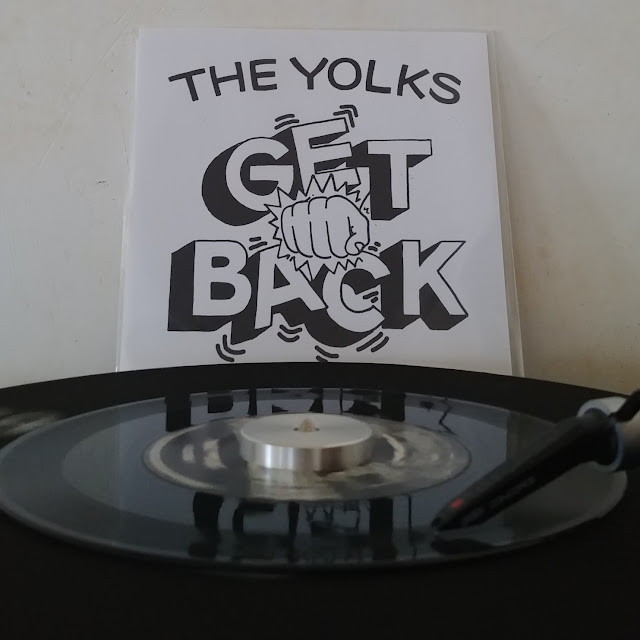 Chicago's Yolks have always been ace purveyors of oldfangled hopped-up white boy R&B with a serious croon shaking hands with a jittery powerpop. Always clever, often sweaty and sometimes bittersweet, there have been dance moves abounds on every record they've done. The fast ones making hips shake or having them do something a bit more slinky on the more smoldery ones, but "Get Back" could even get someone to do a pogo (or whatever the kids, if they even really dance these days, call it.)

It's not that the song is more feverish than past ones as such a thing is common for the band and there has always been a punk-ish approach to how they go about playing but this one's got a bit more of a one-two punch of neanderthal rhythm than usual. The tune's general downbeat cadence and the laser beam keyboard zings may have something to do with that too.

The back side's "Vampire" slows things down a bit. The harmonies are like the Kinks singing a woozy ballad while a guitar sounds like it is jangling about in a walk-in cooler that's stocked full of brightly colored fizzy drinks.

Get it served sunnyside up at Randy Records
7inch Illinois Randy