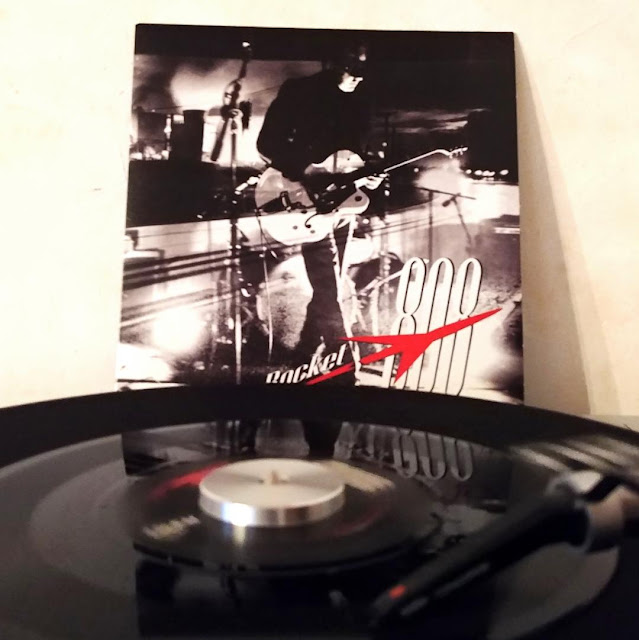 When it comes to rock-n-roll John Schooley has an old soul. It's been obvious since his barely outta high school hayseed punk band the Revelators bolted from the bucking chute in the late 90's.

It's continued with each musical thing he's been part of too. Just straight up back road hollerin', stripped raw blues burnin', punk rockin' bang-n-twang. No post-punk math assignments. No mustache pondering indie rock. No digital do-dads used as crutches to soil up the sound.

His latest project is named in tribute to what is contestability the first rock-n-roll song recorded. More servings of that fine cooking he whips up right?

Well, he's now using a drum machine!!! Before you go clutching for your pearls and beckoning for the smelling salts, it's a drum machine that sounds like it was snatched out of some Silvertone electric organ that had been sitting neglected in the corner of an old folks home for a few decades now.


With it setting a beat that's as slinky as it is cheezy,  a guitar rings and roars in hillbilly from hell handlin' a hollow body style. Strings bend and blare in reverb drench but never stray into shred territory like some of the surf and rockabilly assholes of the past couple of decades stray into much too often.

While "Digital Billboards" is like sauntering through the sleaziest part of town where neon reflects in pools of spilled whiskey on the sidewalks, "Mystery Train" takes the well worn Junior Parker song down into the sewers below in search of the slimiest echo.

Blast off at 12XU
Posted by Dale Merrill