OUTER SPACIST Illness Is A Creepin' On A Come-Up LP 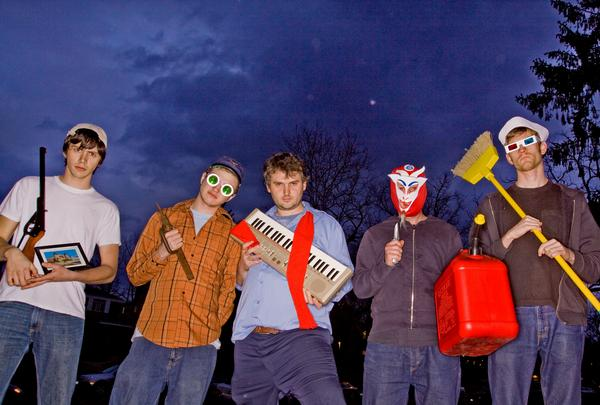 I'm sure most of the readers here are familiar with the story about Lemmy getting kicked out of Hawkwind. The story goes that after he got caught for having speed on him at the Windsor/Detroit border in 1975 "the most cosmic band in the world" gave him the boot because he was busted for the "wrong kind of drugs."

One part astral chug and another part all peach fuzz/dirtbag mustached saunter, Columbus, Ohio's Outer Spacist sound as if they're bangin' round town in a rusted eaten '73 Ford Ranchero on a hunt for such drugs.

Tough luck scoring the exotic and antediluvian analgesics, the band concoct a rocket fuel made from impure elements they've gathered to set their ride into space. It's a denotative propellant guaranteed to cause lift-off but it's not going to guarantee smooth rides into zoned out galaxies. It's a messy voyage led by an inebriated captain and an aberrant crew who only function properly when gravity isn't holding them down.

On songs like "Peripheral Visions" and "Gyrfalcon Flight" it makes for a trip that sound like a Spacemen 3 backing a non-absolutely asshole and totally partying down Ted Nugent at times.

Get your ticket to trip at Heel Turn records.
Posted by Dale Merrill