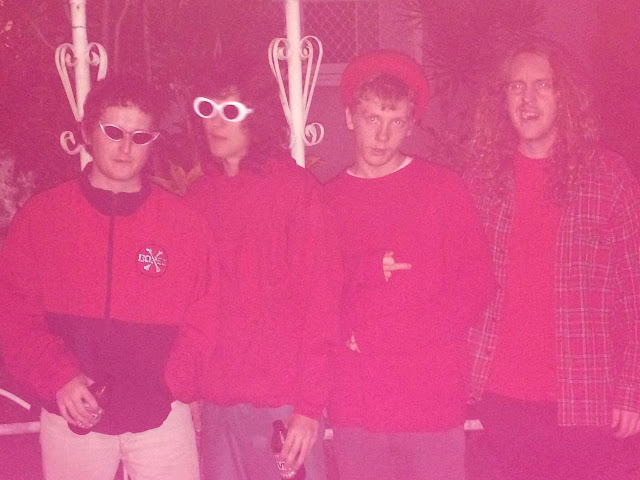 Raised in a region where automobile manufacturing is what kept the economy running for decades there wasn't a day that went by where we didn't hear some Pall Mall huffin' grouch from the subdivision declare "All jobs will be taken over by robots. They won't want us on the assembly line anymore" between horseshoe pitches and swigs of Altes when I was growing up.

It was always said loud enough so us kids within an earshot could be scared of the future. We weren't though. The thought of working on robots always sounded much cooler than clanging away at bolting Ford Pintos together.

"You brats are not listening!" the old coots would bark. "First it's our jobs. Then it's our lives!" We would laugh it all off. Tilting an ear to Gee Tee though, I am starting to wonder if those fogies are getting the last laugh and grumbling "See. They're coming to eliminate you!"

Starting with the bouncy, almost strange kids show blurps and beeps of "Got No Head", you may think they're all whimsical and can get you think being decapitated will creep out people around you more than it will yourself. The blast of car crash guitars, spraying of punk rock snot and machinery gone awry stomp of "Death Races" follows it though, may not help you if you're squeamish about the sight of blood but spilled, dirty hydraulic oil may become a point of arousal.

Being that these cyborgs are Australian they have also have that off-balance jangle and skittish hooks that many from the country have done many a time through the eons hardwired into their punk rock informational processing as side two's "Fightin' Is Dumb" and "Z-Zero" can attest to.

A gazillion heartland rockers have claimed they'd never get out of wearing their blue collar alive. The cantankerous fossils that tried to strike fear in our hearts by complaining about machines destroying us called all them wussies too. Gee Tee is the kind of thing they would actually fear.
Get it at Neck Chop records
Posted by Dale Merrill