SKIP CHURCH Out Of Tune, In Touch With The Devil LP 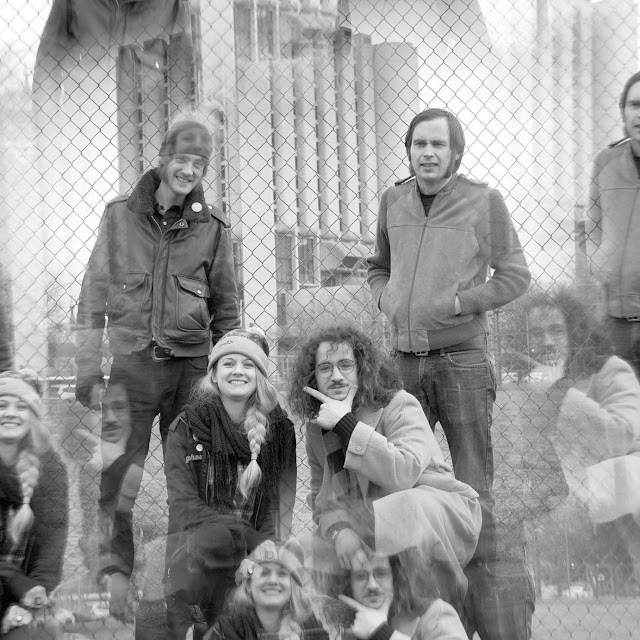 Declaring yourself "America's #1 Saturday Night Band" is a pretty tall order and quite a bold claim. Any group that goes around telling people that needs to have all vibes that are expected from such a proclamation. Ya gotta be able to make people groove. It's gotta have a bunch of real soul feeling along with the rock and (especially the) roll. It's gotta make people shake off the work week grime and work up a party time sweat. It's gotta be something that makes people forget about their bills, their responsibilities and worries. It's gotta be all about having a good time.

Right off the bat, Chicago's Skip Church (the band who is making the claim) have got such things down with their name. If you're out boogying your butt off on a Saturday night, the last thing that is probably on your mind is dragging out of bed, putting on the hard and overshined shoes and having a sermon about the wages of sin recited to you the next morning.

These cats sound is made from amped up 1960's Rhythm & Blues and the 1980's brand of garage pop stock. Not deliberately lo-fi nor glossed up, this record hits right where a record of its sort should. The excitable "Hard To Meet Ya", "Then We Kissed" with its New York Dolls plundering girl group moves again and punk rock fuzzbomb that's "Smells Bad" are prime examples of how the band feel that the particular night of the week should sound.

Perhaps not everyone's idea of a good time on a Saturday night isn't three chord eternal teenage blasters though. I mean, a Saturday night can encompass many different mood and adventures, right? The band does have weepers like "Not The Boy", a soundtrack for a fight in hayseed bar with "Bad Anyways" and the small town hazed tinged psych that's all over "The Weather."

Since Skip Church dwell a train ride about seven hours away, I cannot confirm personally whether Saturday night is truly their kingdom. I do know that the next time I'mma Urbs In Horto though, I'd to see them and find out.
Dig Skip Church on Facebook
Illinois LP Randy