THE SHIFTERS "A Believer" 7inch 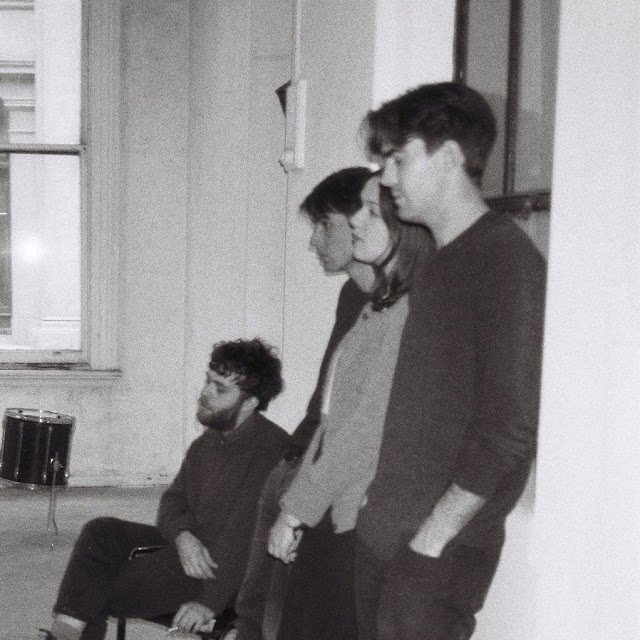 When throwing around references to the Fall to describe a current band, a rock-journo/music fan must do so very sparringly. There's many reasons behind it but it's mostly because some use it to describe anything that sounds a bit agitated or off balance. The other main reason is because some band will mention their into the Fall, which garners attention from dorks like yours truly only to usually be, to some extent or another, disappointed with expectations. It seems especially that when a band is consciously trying to sound like the Fall is where they (perhaps pun intended) faulter the most.

It doesn't seem that Melbourne, Austraila's Shifters are trying to consciously sound like the Fall. Because of that, this record, like their first single from a couple years back "Creggan Shops", succeeds in bending the ear and even brain patterns in a same sort of way.

"A Believer" opens with a fidgety martial drum beat that's followed by anfractuous guitar notes and a keyboard churn that form a spindly musical web that part a straight up pop song and another part lo-fi fretfulness. Thoughts of the Feelies in their rural moments and the (also often mentioned when talking about this band) contorted jangle of the Clean come to mind.

On every song I've heard by the Shifters so far it seems that when singer Miles Jansen opens his mouth he sounds like he's teetering between woebegone moodswings and memories of sunny days. It sets the band in a dark yet whimsical scene often, making the listener wonder if their jubilant or if there's some inner turmoil that their trying to hide with a smirk.

"Contrast Of Form" is a perfect example of such a thing. The handclaps make things seem that it everything's gonna be alright but there's something underlying, perhaps it's a Syd Barrett solo albums slant that I'm feeling in the song that give me that impression.

The Shifters will perhaps remind those who are listening to a thing they've heard before here and there. Some really good things as a matter of fact. They're really good at it too. And no, they really don't remind me of the Fall.
(Market Square Records)
Posted by Dale Merrill