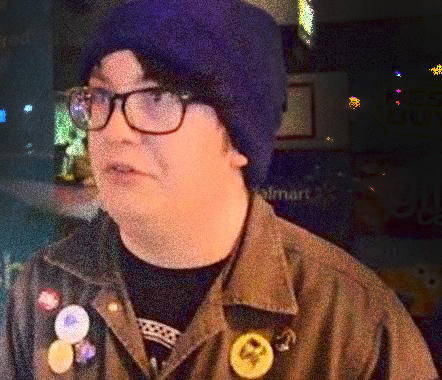 Oh, it's summer. That means it's a time or two to have some sweetened and flavored frozen dairy product drip down your arm, all over your shirt and mess up your car interior. Maybe even have it flop onto ground so an army of ants can be fed.

Ahh, such nostalgia even thinking about it, right. That might explain to total retro sensation that's all over "Ice Cream." A chintzy toy synth sound that probably sounds as like it is way more inspired by the music on any given ColecoVision game than anything else loops a minimal jump for Erik to whoop agitatedly. I remember as a kid I used to get annoyed to downright crabby when my scoop of Superman would all over my hand making them all sticky and weird feeling. I also may have thought once or twice about stabbing my obnoxious cousin with the cone to even some score. Thing is though, I said anything out loud about it let alone acting on it. At the least, Erik does the former here.

The stabbing isn't over there though. Starting out sounding gothy then flipping head first into some kind of puddle of muck where both Art Attacks and Jay Reatard puked in, "Children Stabbing Things" isn't gonna leave ya scratching your head and wondering if it's all metaphorical.
Out on Total Punk
Posted by Dale Merrill