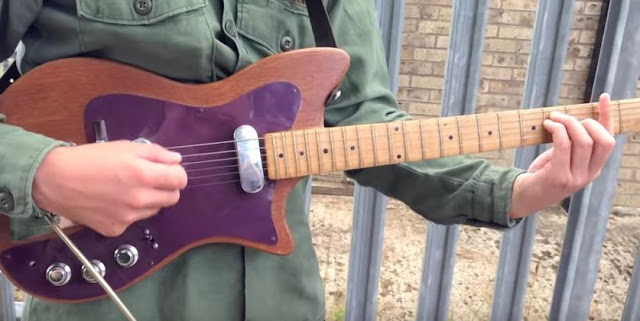 Anyone blow off not checking out Suburban Homes yet because their band name choice had you thinking about the Descendents and, well, something paying homage to it just didn't seem like it would move ya? I can claim ALMOST to being guilty of such a thing. I eventually came to my senses.
What was it that brought me around? First off, this record (as well as one before it) were released on Total Punk records. Secondly, I started seeing Swell Maps comparisons being bandied around
The latter probably just thrown because the band had a song called "Television Spies" (not "Helicopter Spies" but close) on their previous record and there's an overt bit of Brit provincial DIY weirdness going on. The sound here leans, hell, dives splat face first into the begrimed puddles of the Desperate Bicycles at some points and, at others, ransacks the Homosexuals comportment for agitational motivation but perhaps not for melody.
Whether addressing the doldrums of  lame neighborhood mundanity by employing fidgety guitars and antagonistic disposition  on "Small Town Boredom" and "Cul-De-Sac" , questioning the illusion of romance in the modern consumer age with the help of a blared out jangle on "Barbie & Ken" or doing an deciding to do an stomp as hard as an art punk can on first world problems like "I-Phone Suicide", the band gathers up shatters and pieces them together.
The Suburban Homes are making soundtracks for the death of the mall and not whatever the last of the mall punks are scrambling to keep alive.
Total Punk Records
12inch England Total Punk