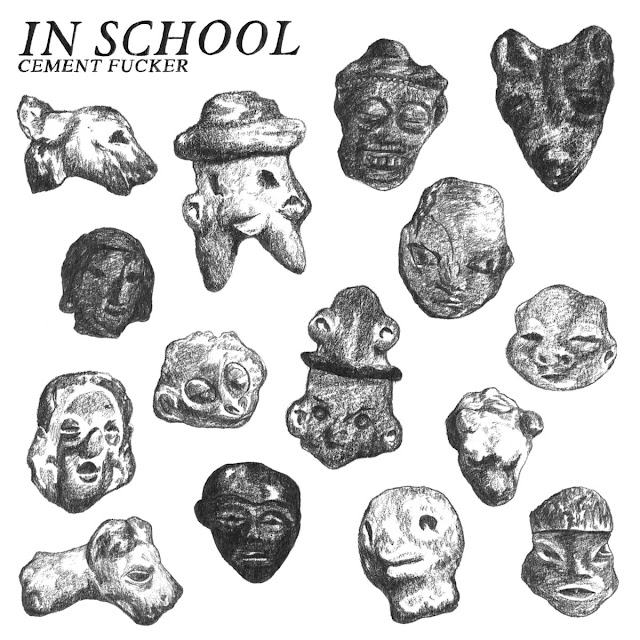 Ever wonder what it sounds like inside of a nest of yellow jackets when you take a chainsaw to it? Especially if the wasps living it are of the irritable sort (which they usually are) and return the attack in their own particular unrelenting way. They like to lay down a barrage of pain and are especially evil because they can sting more than once.
This newest thing from NYC's In School is that sound. Hardcore that's subhuman and ooze crawling, it's basic instinct to swarm and assault. The bass rattle that opens "Bloodlust" blurps like it is about that to start a fire but it doesn't send out a warning that it's all about to burst in skin melting flames. The record's title track follows it and channels Rudimentary Peni gutting eels in the back of a garbage truck.
Things to not let up on side two either. "You're Not That Dumb" metallic shrill is like a hundred rusty steak knifes hacking away at a steel girder with the determination of a violently obsessed surgeon and "Awakening" is grossly stained shard of a revelation that was not brought out to the surface to ease any worried minds.
thrillingliving.com
Posted by Dale Merrill