HOT LOVE "Get Back Down" 7inch

Think if the rejuvenated by the rejoining of Phil Calvert Hawkwind Quark, Strangeness and Charm album spent more time walking the most sketchy streets of any Rustbelt town and very little time doing things like trying to get into a persona of an opium smoking fighter ace. 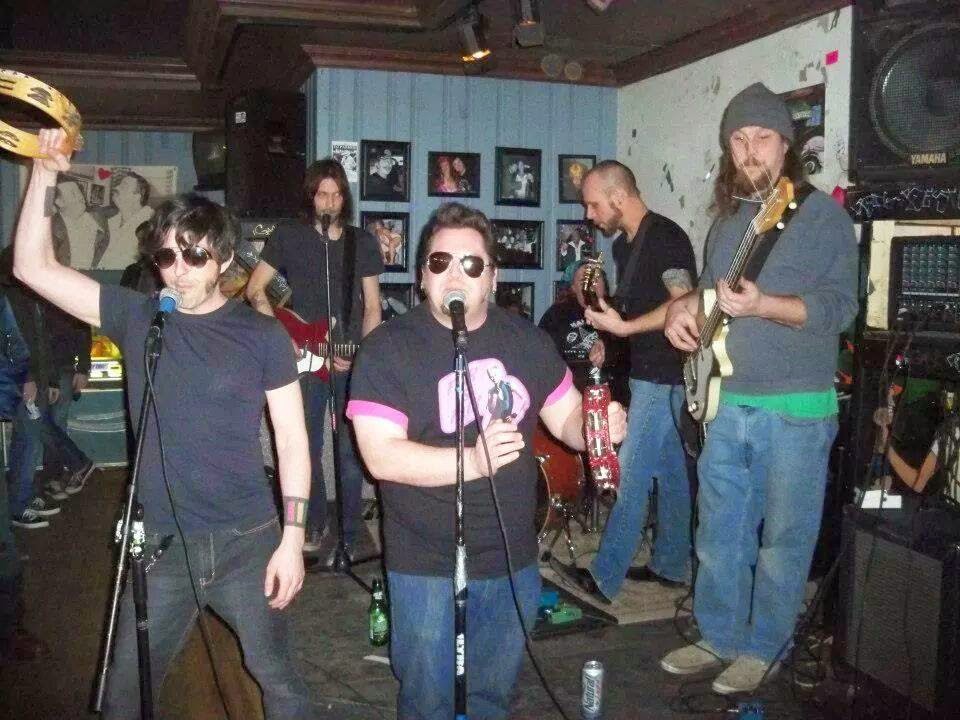 Things like cracked sidewalks lit in a seedy purple glow from rusty neon signs and drink specials in the dives that those rusty neon signs are mounted too would take on much more influence in the sound. The guitars would cough out big black clouds instead of sci-fi heat waves and the ride would be a bit more bumpin' and shakin' than the super-sonic saunter.
"Get Back Down", the a-side of this Ohio band (who may have got their name from the bad ass song that kicks off Cheap Trick's debut album) single gives off those kinda sensations.
Two (yes, two) frontmen shake up some singing in unison rock action over a drivin' spiky fuzz fest and a tin roof rattle that is one part bong hittin' space cased new wave and the one part basement party punk rock groovin'.
Things get a little dank and dingier with the b-side's "Trippin' Down The Hall." Dirgy guitar sustain buzzes like a wasps nest being whacked at with a flaming baseball bat. The band then runs for its life and heads off into a messed up, hard boogie maelstrom.
www.facebook.com/hotlovemusic
Posted by Dale Merrill