Mashing the sounds of the post Brit Invasion/pre-hippie 60's with more than a passing fancy for the Z-grade horror and sci-fi flicks that lowest budget of UHF channels used to run on Saturday afternoons, these practitioners of trash are well prepared to crash any basement party that has revelers craving for ladles of a slimy stew of garage gruel to be flung at them. 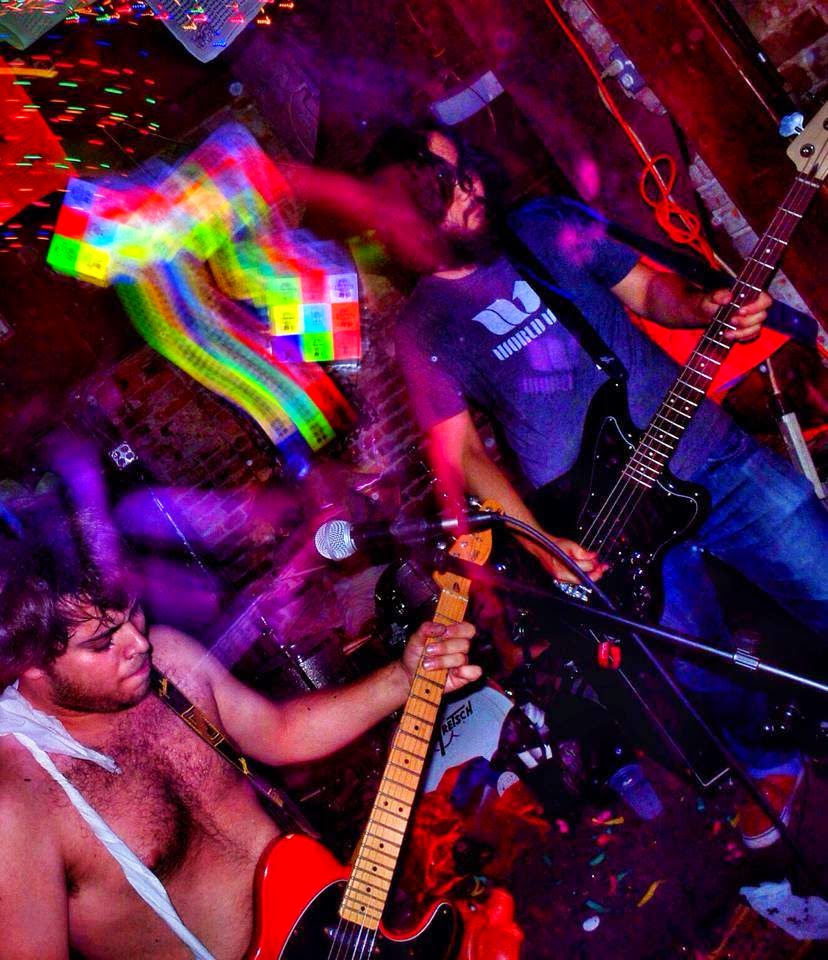 With the voice of guitarist Dr. Seth Applebaum, sounding something like cross between a local circuit pro-wrestling announcer and a leisure suited lounge lizard after a 4 day bender, pontificating and bellowing over top a brawling & blusey core of garage fuzz, blurred escapades are spun.
They shoot the curl across an echo lavished Milky Way and use comets like pinball table bumpers on the album's opener "Space Woman" and wiggly "Surfboard From Hell." They spike rhythm-n-blues whiskey gets with something freaky, making the stomp and wiggle on tracks such as "Transmission Impossible" take a kaleidoscopic detour and treat the boogie on a tune like "Braindead Boogie" like IT IS a bunch of brains, which they then run lawnmower over, splattering bits all over the yard and the side of house.
Wrecked and wooly like a coyote fur coat dragged behind a car down a couple of alleys where the back entrances of burger joints and dive bars stand is something that New York City's Mad Doctors would proudly wear it in all it's moth eaten and weird smelling glory.
www.facebook.com/TheMadDoctors
Posted by Dale Merrill

The record was on my "to listen" pile for a lot longer than it should have been. It's a fun one.