December 15, 2014
Referring to a bands sound even remotely as power-pop can garner many different reactions and opinions from music zealots. And a lot of those reactions and opinions do not fall on the pro side of the fence. Those types will bitch about the stereotypical trappings of what they think the pigeonhole sports even though they're going off something they read somewhere or basing it off scoffs they made once at the cover of a record while thumbing through a dollar bin.
Sometimes, as a bonus, you will get the anti-Beatles rant by someone who hates the Beatles because it's a cool thing to do. They will know everything about what a band that gets offhandedly described as "having a bit of a power-pop thing happening" sound like without even hearing them. 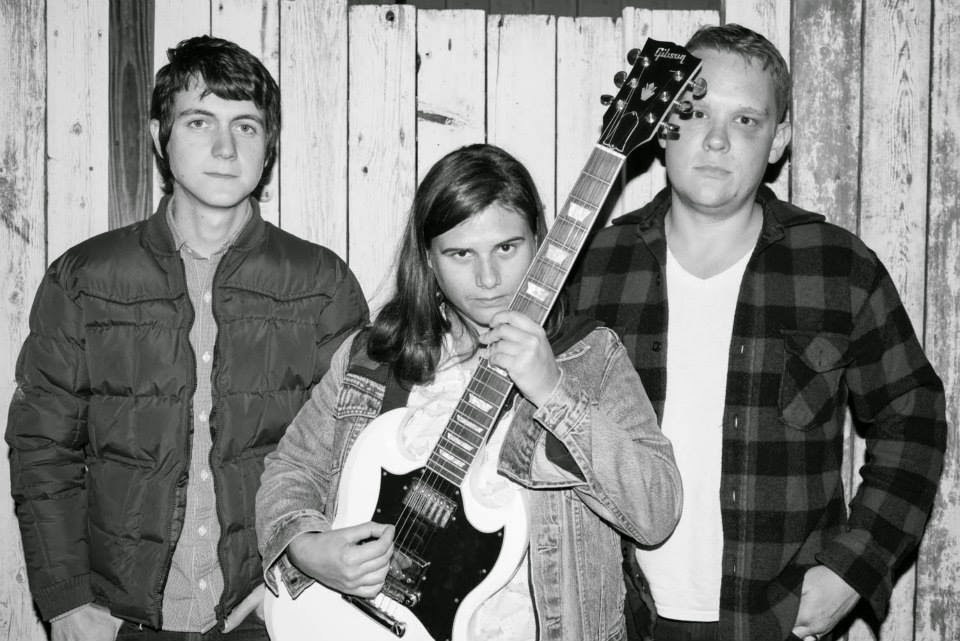 Whatever.
Loud guitars, catchy melodies and choruses that'll lure the ears in is where Austin's Flesh Lights is where the power and the pop lies and those types are missing out on what was being got at, I guess.
With no skinny ties, sugary whines or white horned rim glasses this record is about turning the volume up and having the songs get stuck in that place in your head where a bright gloss and punk rock grit compliment each other instead of fighting for the front seat. The beat battering of drummer Elissa and bass player Jeremy's full steam ahead thump lay a solid bedrock of rhythm for Max to hammer jubilant guitar blare and keep it study.
Opening the record with a foot stomping cadency, "Just About Due" fires off without nary a warning of the need to hang on before it jettisons into a perfect piece of making air guitar windmill moves for the listener. Sounding like they were fed doses of the Ramones and the Saints since birth they don't have the time to candy coat what their thinking either. Be it calling out the oldsters who are trying to hard to look hip to prove that they (may be) still cool on "Middle Age" or mocking the rockers who tell the same story over and over again about the time they almost hit rock stardom on the hot footed Flaming Groovies like blaster "Big Break" pretty much lets everyone know they aren't about to don candy coats anytime soon. They also aren't afraid of bringing the rock action when it's called for uncoiling tasty guitar solos all over on tunes like the Cheap Trick down at the dive bar "You Might Know"and the over speed limit pace of the album's title track.
http://12xu.net
12xu LP Texas