The YOLKS "Kings Of Awesome" LP

November 02, 2014
My girl and I wanted to go out on Halloween. We checked the options around town and it seemed the entire city was overrun by EDM laptop jockeys (with turntable strictly for show) or a couple of bands who have been covering the same Scorpions and Foreigner songs since they graduated high school in the 80's. And no, they don't do them ironically either. We quickly discovered that finding a rock-n-roll party where we could dance and act the fools to something get down groovy were dashed.
In a way I blame myself for nothing worth venturing out for. I knew I should've put some kind of show together to combat the invasion of soulessness. 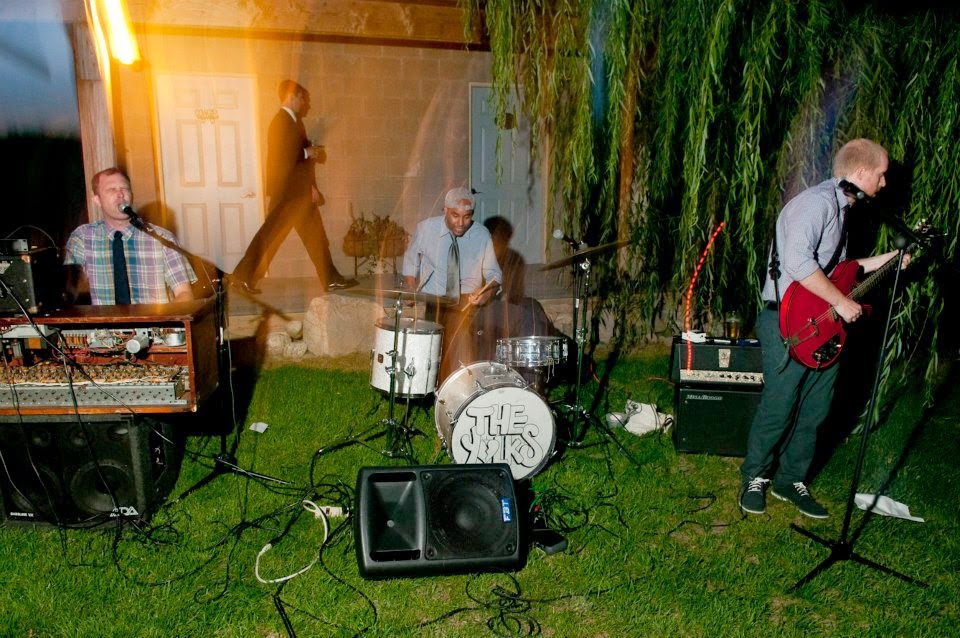 Since I don't have a time machine, hiring the B-52s circa '79 was not an option. I do have a phone though so I should've been placing calls to Chicago and telling whoever answered phone at Yolks central "PEOPLE WANT TO DANCE AND YOU'RE THE ONLY HOPE!"
Sounding like a 60's frat rock band after making it with some black chicks, the Yolks have been bringing the party (on record at least) since 2007. On their latest LP, Kings Of Awesome, the party is in the basement. The floors are already sticky from a few spilled beer and the walls are the damp from condensation even before the band plugs in. With a heartfelt croon, some science fiction reverb on the guitar and keyboard line that sounds like something from a Velvet Underground song filtered through a Friday night fish fry "There She Goes" kicks the scene into a high gear. Then, with the Television "Prove It"/1950's tinged "I Want Your Number", they take the party for a romantic walk to get some chili dogs.
After the innuendo that's so transparent I dunno why I am even referring it an innuendo of the bacon grease blistered and having nothing to do with Freddie King or Bruce Springsteen song "I'm Going Down", the streetwise Sweet Jane feeling of  "True Love" and the smoochy acoustic touches of "Best Friend" the tubes powering the volume are burning hot. Just in time for the organ to take the spotlight and blare on the possibly weed baked soul-jazz blasted instro "Bud Heavy", taking "What'd I Say" back to a sweaty jukejoint where it always sounds best making it's 5 minute length seem half as much. It could go on twice as long as it does too cuz the room would keep shakin' their asses to it.
The crowd is drenched in sweat but far from spent. Calling out for one more the band treats the request with the fuzzed out & funky "Stewed Tomatoes."
Gonna tie a string around my finger to remind myself to find out what these cats are up to next Halloween.
randyrecords.bigcartel.com
Illinois LP Randy