Sun kissed and misted with with something tipsy, Indiana's Vacation Club have been tooling flower bright pink and phlegm green colored bit of disturbed jangle for a few years now. The singles they've had released have given off the ol' angel on one shoulder/the devil on the other vibe resulting in a sound that fed the ears with something that felt like a confectionery fluff. 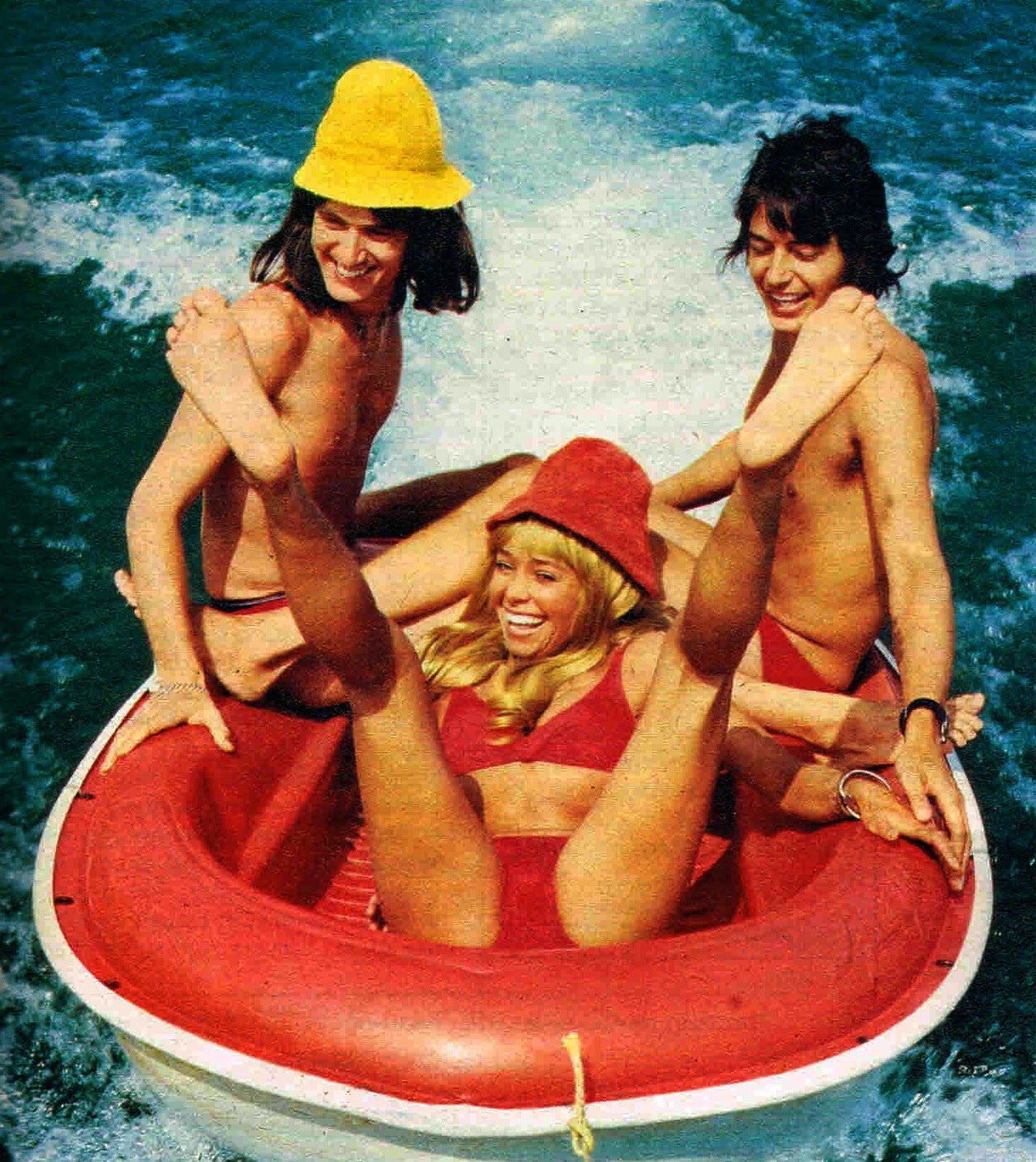 It seems all airy, light and sweet. Then the burning sensation and blistering sets in.
On this, the band's first long player, as soon as teeth sink into a sounding like something on Budda Records circa '68 going on a fuzz binge candy coated outer shell the fortified with splinted glass oozy filling starts seeping into the saliva glands and then bloodstream.
Backed up by splattery guitars that blast off from an echo chamber of dampness where a ne'er do well rhythm section hold down a fort, Vacation Club's Samuel James vocals resemble, depending on the song, something like childlike stupefaction and snotty teenage degeneration.
While the sound here is working within the framework of juvenile delinquent garage rock of nearly five decades ago with the lips smacking bubblegum sound of a few years later factored in, Vacation Club bring a bit of Midwest/Corn Belt out of stepness that sets itself away from a recent crop of drowning in reverb bands who sound like spent a week listening to the Jesus and Mary Chain and the Black Lips then sent a demo to Burger Records. A martian robot march makes the album's opener "Gas Station" and "In My Eyes" guitar sludge landslide sound something akin to Wire's Pink Flag on a steady diet of chili fries, "Hound" and "Chip Taylor Nightmare" ring of King Tuff's first album if heard coming through a sewer pipe. Along with that, the songs that would sound like high school desperation bloooze stompers in the hands of a lot of other bands, like "Pyramid Culture", "Oh, Patty" and "Rats As Rats" wring out twisted melodies that make one wonder if the Jolly Rancher they've been sucking on has been laced with something illicit.
www.magneticsouthrecordings.org
Posted by Dale Merrill

This band kicks ass! They are not just nice guys on illicit substances, they are good looking and also fun. With talent in the mix.