The year is 1979. The violence of The Troubles in Ireland is closing in on it's second decade. Along with a very poorly managed of the economy it could be very well expected that the youth of the country would scoff at any positive proverb their grandparents may try to lay on them.
That is not to say the kids didn't find away to get away, if only for a few hours, from the gloom around.
In dingy youth halls and dilapidated hotel ballrooms a sound of cheerful exuberance and escape blasted from battered guitars giving those in the room, if not at least a glimmer of hope, at least a reason to flirt, chat, dance and escape from all the bullshit going down. 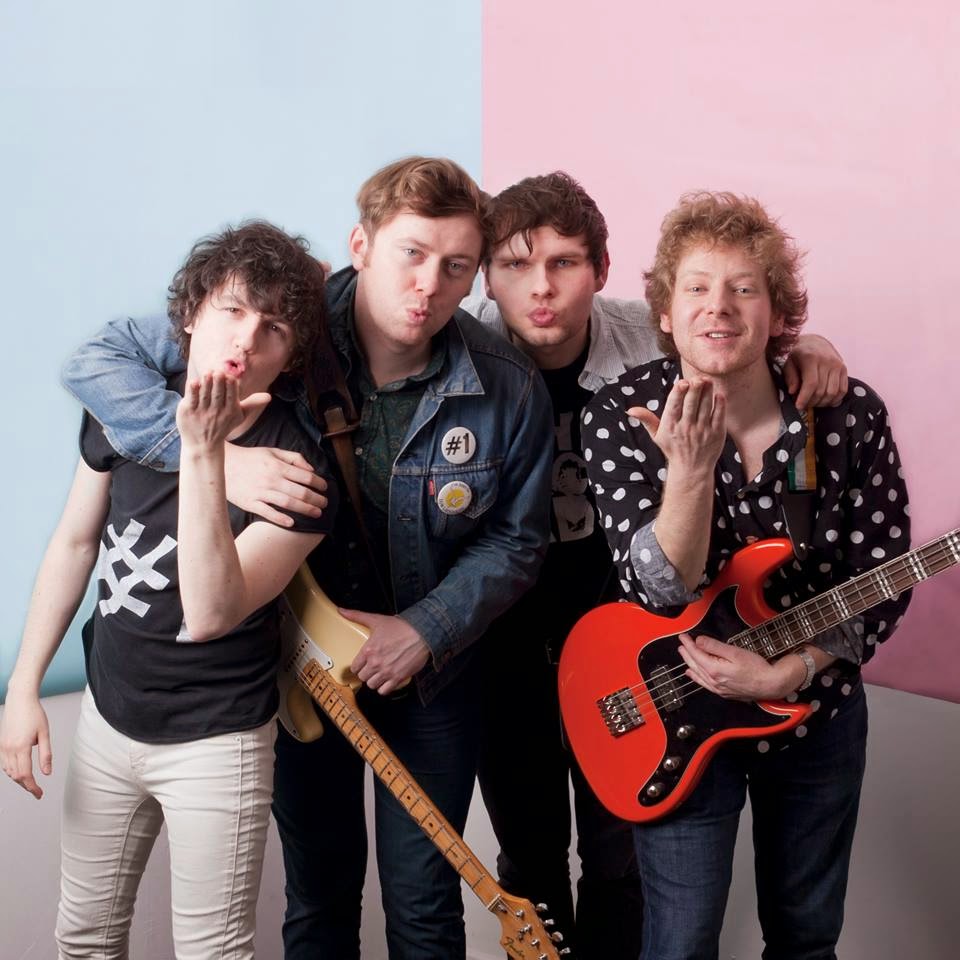 Aside from The Troubles being long over and the year is 2014 not '79, Dublin's #1s sound like they could be one of those bands playing on such an evening.
Putting loud and snarling guitars over a classic AM pop radio song structure that's is rockin' enough for the boys but catchy enough for the girls (or vice versa depending on the crowd you run with) is nothing new. The trick is though doing it right.
Instead of relying on the Rod Stewart haircuts and skinny leather ties that have cursed the post-powerpop-whatever for ages to carry them through a plodding of lackluster songs, the #1s have paid close attention to the sounds that were being made a couple hours north on the Good Vibrations label and learning the craft on how to make tunes that may too boppy and melodic for the bottle throwing set but also a bit much rowdy for those who want their hooks homogenized.
Including the previously released singles "I Wish I Was Lonely" and "Sharon Shouldn’t" (the former a choppy guitar and harmony laden recorded on bargain basement budget blaster that John Peel would have possibly played more than once on his show, the latter a speedy number that resembles the Undertones exuding much higher levels of testosterone) the music is reeling with ragged but right power pop gems. New songs such the candy coated very sour apple "Heartsmash" and especially "Favorite Game" harkens much gruff Exploding Hearts while "Boy" and "Anything" will have you double checking the sleeve as well as your calendar to make sure what year you are actually in.
www.facebook.com/thenumberonesdublin
Posted by Dale Merrill

nice review of a great album