As a member of Total Control and indietronic stars Lace Curtain there are many that would expect a project that Aussie David West is involved in to not shy away from having a dominant synth bent to them.
On the other hand his band Rat Column did have a bit of six string sounds going on on their debut album, 2012's Spectre Hole. The thing with that record though it also leaned towards an ambient vibe. It was nice for music to have going on the background or zoning out but, for the most part, it wasn't really something that was made to played at crank it up volumes. 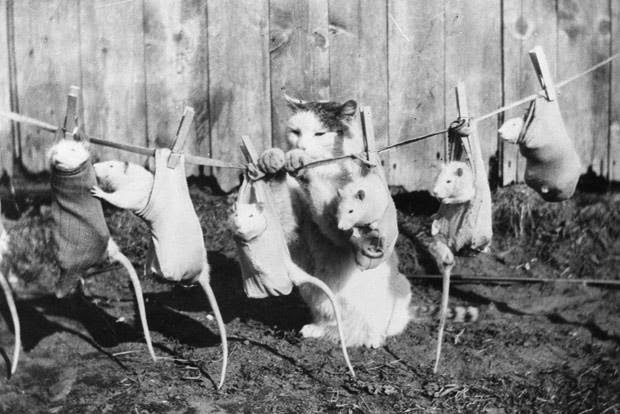 The jittery guitar line which then gives way to an almost mod ala the Creation or the Jam slashing chords on "Straight To Hell" that opens up Leaf though makes one wonder in what direction this record is going to head. It seems that the C86 thing along with the Clean and the Chills, especially in the ringing blare and twisted take on the Byrds jangle on "Another Day" for instance, are serving as the jumping off point here. After landing the songs then take off in a jagged direction which eventually gets them back to where the leapt off.
If Orange Juice had decided to not let their love for Chic show through as much as they chose to on their You Can't Hide Your Love Forever album and replaced it with getting baked even before they rubbed the sleep out of their eyes on a dewy morning it may not take much to convince people that "Pink Mist" and "Walking Back" were taken from it while "Alone" starts off as twangy vibrato surf music which then rides straight to a torrential downpour.
The sound of cathedral bells covered in fuzz guitar chug and buzzing wheezy organ rasp that continue to build tension as a song progresses and launched a million Velvet Underground acolytes marks it territory on "Fooling Around" and if these guys were to tell people that they weren't thinking about Can (Ege Bamyasi the most but even Landed at the least) on the album's title track probably no one would believe them.
http://ratcolumns.tumblr.com