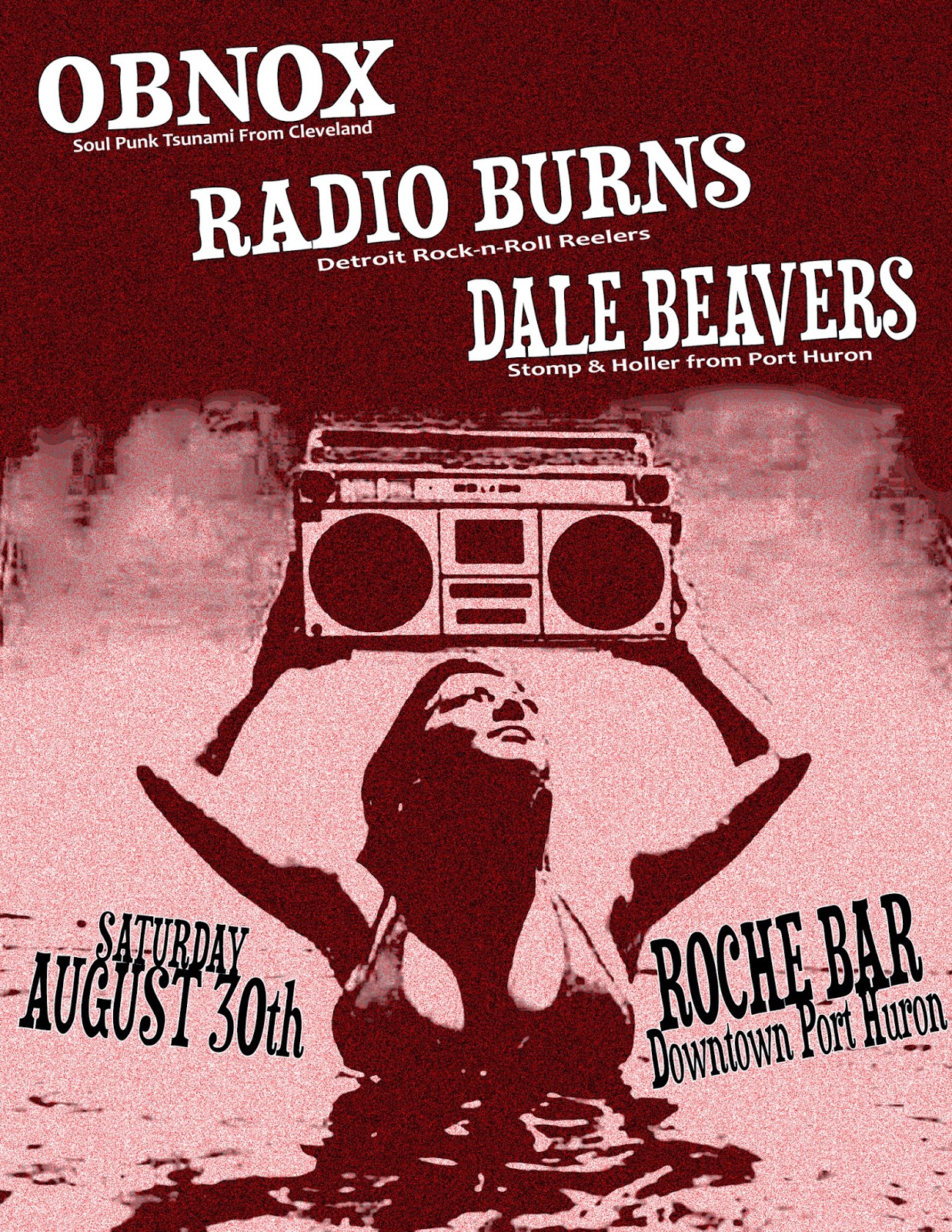 How do you top one of the best albums of last year?
Obnox's 2013 album, Corrupt Free Enterprise has been a constant listen in my world since I first dropped a needle on it last year. Well, that is until their latest, Louder Space landed on my stereo.
Masterminded by Lamont "Bim" Thomas, who's been making noise for over two decades in Ohio bands like The Bassholes and This Moment In Black History, the name of the game with 'Nox has always been a thick and harsh clash of smashed up, feedback slathered weirdo punk and old school rap straight out of a moldy walled basement and set ablaze, tinges get down/get high soul music, deep funk wiggliness and an ear bleeding bang that industrial music had before the disco beats and sampled heavy metal guitar riffs became de rigueur.
In the past though the records were usually recorded on equipment of varying (and, at times, very questionable) degrees of quality in rooms to match. This time around Obnox found a "louder space" indeed by using a studio which cats such as Guided By Voices, the New Bomb Turks, Times New Viking, Great Plains, the Cheater Slicks and even Bone Thugs-n-Harmony have used through the years; Musicol Studios in Columbus, Ohio. Stacked with vintage mixing tools and mics, the tubes got hot, the ribbons vibrated and the self described “sheets of rhythm” formed layers of dense thump with a sheen of grand style that may have been overlooked before.
"Prime Time Sister" kicks the album off with splatters of blood and mud roar that sets a tone for the ride ahead. It, along with cuts such as the wolf howl crooned "Raindrops", "Riding Dirty" sounding like a pop hit fighting it's way out of a maelstrom of lighning bolts, the punk rock blues/grindcore mutation that's "Time Of My Life", the backyard BBQ party getting set on fire then pushed over a cliff pace of "Bitch! Get Money!" and "Who Needs You" resembling what it's probably like living inside a stainless steel bong at Blue Cheer's crib are all comparable to waking up a radioactive monster by having 500 kids who just discovered guitar feedback practice Jimi Hendrix's version of the "Star Spangled Banner" at the same time.
On the more hip-hop tip of the record the promise to bring BRING THE NOISE is honored most surpassingly most likely since when Chuck D first asked how low can the bass go. Clipped drum loops form block rocking beats underneath a heavy bass wah wah pedals that shoot lasers on "Molecule", "How To Rob (The Punk Years)" is a loaded with braggadocio (or at least calling out those who are doing things half ass while claiming otherwise) over singular bass string pops and acid funk guitar, a mildewy and humid sounding organ gives the pulse for horns to blasts and six sting freakouts to slither and slice on "Red 1" and the album's closer, "Feeling Real Black Today", is like a midnight love jam by Isaac Hayes being introduced to trip hop before taken down to the 7th ring of Hell.
In an interview with Pitchfork last year, when asked about the state of music, Thomas comment “Rock and roll could stand some more brothers right now, some more swagger.”
Yes, it really could! Til that happens again though it's reassuring to know there's cats like him holding down the fort.
Obnox, along with Radio Burns and Dale Beavers, will be playing live at Port Huron's Roche Bar on Saturday, August 30th.