April 07, 2014
Let's talk a little bit about Country Rock.
When I say country rock I don't mean the assembly line Wal-Mart shopping "Rockin' Country" bullshit that name checks Merle Haggard or Johnny Cash in the lyrics but has more in common with the Little River Band or Foreigner than any sense of country traditions much less rock AND roll that is all over commercial country radio these days either.
I am talking something much more loose. Much more scraggly. Much more smelling like dirt, pollen, sweat and a fish fry. Something that maybe isn't dressed like a farmer but also isn't dudded up in embroidered jeans and a backwards designer baseball cap. Something can be rough and tumble when I wants to be or yearning when it feels like but I both cases sounds like it's for real and not gone through some market analysis flow chart to spell such feelings out to the lower common denominator. 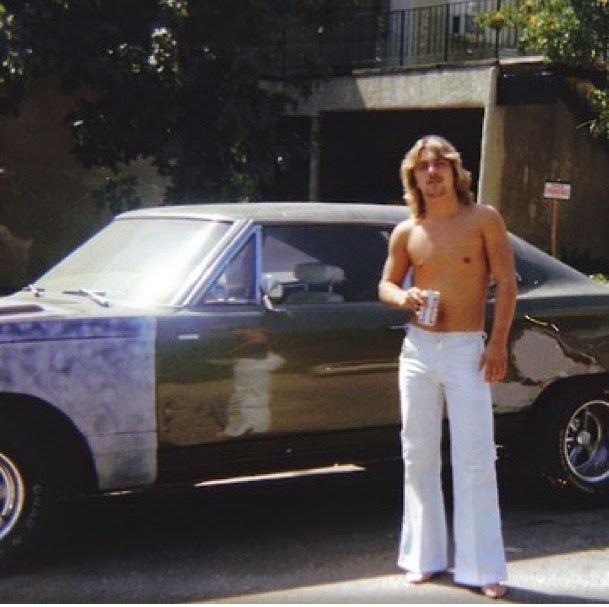 Bands with folks that look more like the stoners that hang a beat up old Bondo buggy at the flea market or beach and not male models on their way Planet Fitness at the mall.
Hailing from Nashville Natural Child are Country Rock. As we all know Nashville is the place where people go to get discovered to become country music stars but it also the place where the bullshit "Rockin' Country" assembly line works day and night to kill the sound that made people want to go there in the first place.
While their previous releases entertained ideas such as "What if Neil Young's cocaine booger from The Last Waltz traveled back from '78 and wrote and recorded every album from Harvest to Zuma instead of Neil (and, of course Crazy Horse) himself" or "Waylon Jennings listening to Alex Chilton" there has been something that has had the listener thinking that the band was sincere about what they were doing. But, there was also an underlying smart ass nod and wink thing happening that may have had some thinking just how sincere. On Dancin' With Wolves, with the adding of a pedal steel and piano player into the official band line up, and the songs sounding, dare I say it, slightly more cultivated and composed-Natural Child show they've been dead level about it all along.
The down home dose of laid back southern funky stuff of the album's opener, the "Out In The Country", the small late night jazz combo tinged "Bailando Con Lobos" and  the soulful Hammond organ that blurs the line between Saturday night and Sunday morning laden "I'm Gonna Try" sound as if they could've been plucked from a Capricorn Records jam session circa '73.
Others like "Don't The Time Pass Quickly" where a hell raising hayseed takes a day off from kicking up some dust to roll around in the hay with his gal, the 3rd album era Velvet Underground sitting on the porch of the general store vibe of "Firewater Liquor" and "Saturday Night Blues" good time seeking a bits of rambunctious hick rockin'. The weed smoke gets thick down the backroads on "Country Hippie Blues" and shot glasses in honky tonk clink while people wonder once again if Hank would of done it this way for "Rounder."
http://naturalchildband.blogspot.com
Burger LP Tennessee