“I’m really into the idea of garage rock as folk music. It was the folk music of 60′s teenagers. Anybody can do it.”
Anyone with more than just a casual history of of rock-n-roll could make such a statement. Especially someone who has a band that harkens back to sound of the youth explosion of nearly five decades ago. It's such a quote that could easily just viewed as some sort of idealism or romanticism of the past if said by most people. 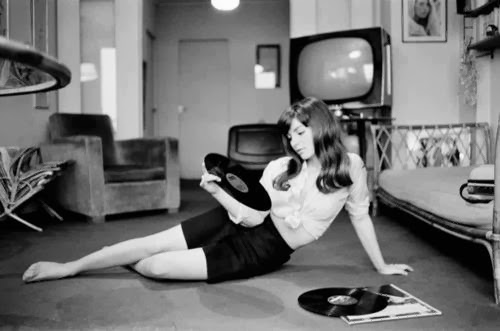 When such a thing is said by Dan Kroha though, who has not only been making the such glorious & soulful racket for 20 years, first as one third of one of the most influential bands of it's sort with the Gories, and then continuing to keep things just a primitive and even more sexy with the Demolition Dollrods, it's a statement of a passionate relationship for the bump, grind, grunt and wail.
Unlike some "moderne garage" bands who record in good studio and then do things like bathe the mix in (digital) reverb and other things to make it all sound lo-fi in attempts to have the listener think that it's all being kept authentic-this album has a pure rawness that feels natural. Instead of going into somewhere fancy and then doing things to make it appear all trashy-the Darleans sound like they did the exact opposite by recording on equipment that may leave a little to be desired as far as fidelity and outdated as far as technology is concerned but making the best and most rockin' sounding record they could. The results are one rockin' house party that keeps shakin' til the sun comes up.
The album kicks off  like a rocket shot of blaring punk rock/R&B stomp with "Don't Get In The Car". It ends twelve songs later with the flash fires of feedback on "Can't Kill The Rooster". In between those two points the 3-piece band (Kroha on guitar and vocals, along with sometime Detroit Cobras Rich Wohllfeil on skins and Colleen Burke holding down the low end) can be found mixing gasoline with Kool Aid for the handclap heavy & funky take on the Strangeloves "It's About My Baby" and the sweet tart hip shakin' hooks of "Where The Rubber Meets The Road" & "Boo-De-Lye", being forlorn and fed up on the slow burnings "How Many Times"and "You Treated Me Bad" and bouncing around in funhouse of broken mirrors take on Lou Reed's pre-Velvet Underground tune "You're Driving Me Insane."
Garage rock as folk music? Perhaps. A record that brings on a no holds barred, no bullshit rock-n-roll party? A definite yes!
http://www.neros-neptune.com
Posted by Dale Merrill