Whenever I put on a record that has a bit of a "fizzy pop" thing to it and particular friends are hanging out they will make some comment about me playing some "pussy getting music" and then scoff. Then I get all analytical of if things that can get tagged power-pop or whatever people want to call it ever succeeded for many at landing a bunch of tail. 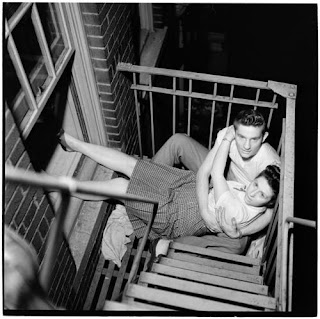 Sure, most of those bands were singing about girls, cruising around town looking for girls, wanting to walk in the park or go to the amusement park with girls and wanting to talk to the girl that works behind the counter at the record shop or convenience store but are too shy. It seemed for the most part it was not music that was guaranteed to get young, horny guys into some nubile lasses tight jeans as much as it was about how much they wish they could.
There were others though, such as Cheap Trick, who could take the bright, big and glittery sound of power chord hooks, pen words about unsavory things and wrap them into a melody that kids on the junior high school bus could sing along to (well, on the bus I rode we did at least. And a good chunk of years before "The Flame" and Elvis covers.)
Then I discovered punk rock (or at least what I thought was punk rock) and a lot of the skinny ties and poofy hair sugary coatings gave way for something a bit more bitter, hot and not wrapped in plastic as far as my musical tastebuds were concerned.
With members ranging from speedy hook merchants Mind Spiders along with cats of more raw weirdo punk combos such as the Wiccans and VIDEO, Austin's Sweet Talk should come with a label bragging that this record contains no high fructose corn syrup.
Anchored by dual loud guitars throwing down sheets of chords this record roars even on the tinniest of transistors speakers. More in it's bag of trick than jubilant power (pop) chords-the six strings also careen, chop and bob at the right moments. Solos are hit-n-run affairs here. Quick & to the point then straight back the churning the motor. Vocals are an earnest cocky whine that when it sneers and yearns is sincere and not just for a video shoot.
The records opening shot, "Put You Right Back", starts off like something Thin Lizzy with no exposure to Irish folk chords and not a chance being declared  the next Van Morrison or Springsteen, then builds into the kind of rock songs the alleged alternative rock stations should play for the boys who want to turn it up loud and play air guitar too while the girls shake their hair loose. Sadly it wont happen because it would make some of them realize that 30 Seconds To Mars kinda suck and it would also cut in the amount of time those stations can play the Lumineers and "classics" like "Enter Sandman" by Metallica before another 20 minute non interrupted block of commercials.
A early 70's glam boogie under the carnival ride lights rubbing itself all over later in the same decade small town America worshippers of the Buzzcocks feeling is all songs like "Find You", "No Vacancies", "Live To Die" and the title track.
Tunes like "Stop In Line" and "Who Are You" would be anthems in a more perfect world and not just because they sound really BIG. Also, "Danger" shows that when poppy rock boys get some action they have just as much swagger as David Lee Roth claimed to have cornered the market on.
Though this record came out in mid spring this year-it is gonna find a lot of time being blasted out of my car speakers this summer.
http://www.12xu.net/