Taking their name from a popular brand of rodent poison in the land down under seems pretty obvious without even giving the record a listen that this Aussie band isn't gonna sound like the aural version of a warm and cuddly teddy bear. Especially when it is taken in consideration that it features members of thrash-n-burn Bloody Hammer and Circle Pit. 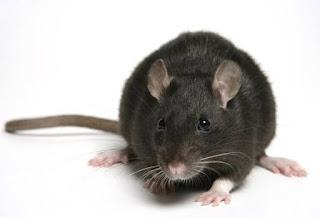 Blown gasket 80's hardcore (which means without the, thank goodness, fat bald guy with a goatee palm mutes) is given a good work over of with bits flying of the rails garage punk wiggliness in the guitars, an unhealthy dose of the Confederacy of Scum dirtbagging (like there is a healthy dose of it) minus the that joke wears thin fairly quickly "we're redneck and proud" antics in the rhythm section, some twisted pieces of 70's hard rock and a singer who sounds like he eats a roll of pink insulation when he wakes up and then spends the rest of the day body slamming cows, buses and old folks that get in his way.
Four songs in eight minutes so it's a perfect record to play when plotting throwing bricks through windows and speeding off for no other reason than general thrill and juvenile delinquency.
www.12xu.net
Posted by Dale Merrill