Previous Purling Hiss offerings sound like they were recorded at a biker club.
Scratch that, they actually sounded like they were recorded in the dirt parking lot of a biker club. While straight drag pipes rumble and dust is kicking up everywhere. All captured on one microphone.
Loud. Blaring. Everything cranked as loud as it will go in some battle of trying to drown each others roar out. Dirt hanging in the air. Sound and vision muddied as angry boogie and disturbed ambiance is blown forth in a mass of distortion and grit filling all the senses with the smell of exhaust, perspiration and contempt for the subtle. Nuances and detail in the sound be damned-this is a go for it moment before chains start swinging, bottles start flying and blood starts spilling. 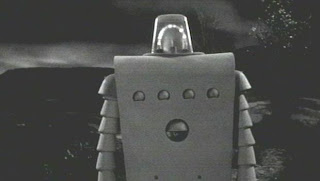 On Water On Mars, their first album for Drag City, the smoke and muck has cleared.
Well, somewhat at least.
On the album's opener "Lolita" tracks such tracks as "Face Down" and the title song all the factors of the Hiss are there. Overdriven, hit the highway and drive recklessly fuzz riffs, vocals split the difference between basement apartment dwelling psychedelic warlord growl, punk rock cynicism and old fashion pothead yearning.
The difference is though that instead of sounding like Blue Cheer, jam band era Black Flag and and those bad trip tales from the guy up the street who will tell you how he used to roadie for Molly Hatchet crammed into the trunk of a car to suffocate instead is a lot of breathing room here. You can actually hear what the rhythm section is doing for instance. Actual production values have allowed the sound to show off much more variety and colors.
It's something like Dinosaur Jr orchestrating a feel good sunshine pop for Black Sabbath on "Rat Race". Neil Young and Crazy Horse raiding a pharmacy before heading off to the beach an look at the stars for "Mercury Retrograde". Indie slackers attempting the blues but not in a snarky or ironic way for "The Harrowing Wind." Where Purling Hiss releases of the past where all about burning everything to a crisp and frying eardrums there is much more sizzle and appreciating for spice and simmering. All of their records still find their way to my turntable but the do tend to cause fatigue. Now they have made one that can be played over and over again all day long without feeling woozy and and envisioning things so monochromatic.
Some bands lose their "thing" when they get away from the trash can lo-fi rattling. Water On Mars has successfully made the transition like a champ.
www.dragcity.com
Posted by Dale Merrill