PINK REASON "Ache For You" 7inch

Given the adventures he has had and a quite sordid past (see the Smashin' Transistors "Classic Interview" below to get a gist of that) bets were probably placed that Pink Reason's main brain, Kevin De Broux, would not live past the age of 25.
Not only has he beaten the odds but has kept his band of revolving musicians together, got married and has a kid (who he is holding on to on the front sleeve of this record). 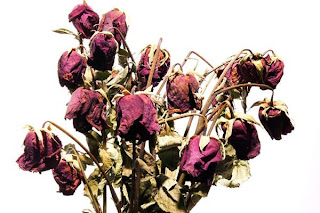 There's a belief by some that once someone becomes a parent they get all soft, mellow out and, if keep diggin' rock music, it's some kind of Dad Rock. Then again, most people that think that don't have any kids of their own and probably even have a hard time getting a 2nd date.
Earlier Pink Reason releases had some Skip Spence on a total death trip and signed to 4AD vibe to them. They were haunting and, to a large extent, seemed like the were covered in permafrost. Their records of more recent vintage still have a dark, gothic (but not fruity "goth") tinge to them but the unsettling artiness has made room for a more full on punk rock battering. So much for that Dad Rock theory.
"Ache For You" is akin to something from Iggy Pop's The Idiot with it's weird squiggly effects making guitars sound like dope fiend elephants trumpeting. Then it's run through a blender of blurt that made Psychedelic Horseshit's crown jewel Magic Flowers Droned (which makes sense as I believe a couple of those cats are Kevin's partners in noise here) so awesome to those that enjoying pissing off perfectly EQ'd audio dinks that whine about tape hiss and insist pro-tools is the best innovation to happen to music since the introduction of the headless bass.
The flipside's "Darken Days" starts out sparse and slow then builds up adding layers of menace possibly reminding the listener of something like Neil Young and Crazy Horse if they all stopped smoking weed BUT replaced it with more really, really bad and dangerous drugs.
https://www.facebook.com/pinkreason
Posted by Dale Merrill