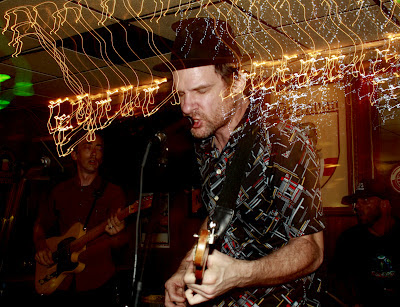 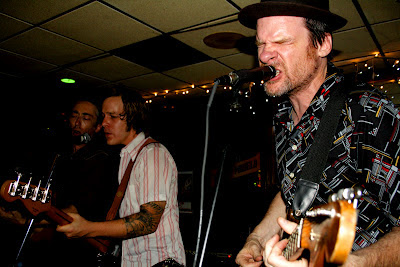 Jackie O and his band rolled through Detroit last Wednesday at Donovan's Pub. As usual it was an awesome show and the last configuration of his band is one of the most bad ass ones he has had yet. 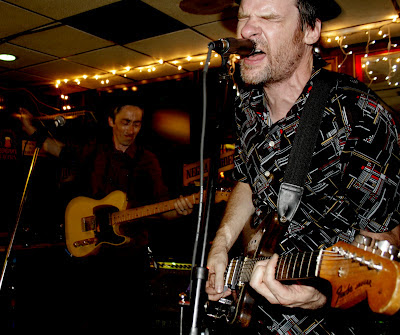 The set was, as usual, full of songs from his solo and Tearjerkers records, Oblivians tunes and a handful of cover tunes. 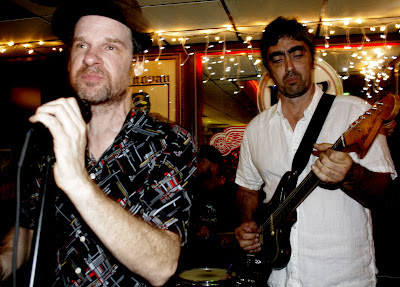 A couple special guests got up and jammed on some tunes including former southerner and current Port Huron resident Dale Beavers. Dale played with Jack on the Compulsive Gamblers Crystal Gazing, Luck Amazing album. Jack called out to him from the stage (which was actually just a clear spot of floor in the corner of the bar) asking if he remember his parts to "Wait A Minute, Joe" a song they co-wrote together for the album. Jack then turned to his guitarist John Paul Keith and said "This is gonna be FUN!" 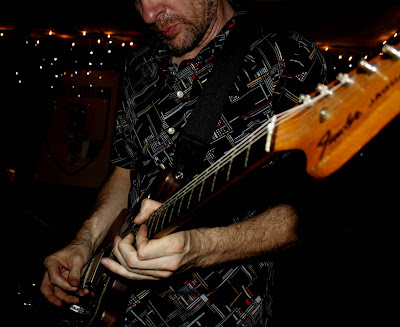 Before and after the show Jack and I got to catch up on things. It has been a couple years since we have seen each other (but that seems to be the case with most of my rock-n-roll friends as I live out in the sticks and it's more times than not a 60 mile drive one way to see any live music I want to check out. Factor also in that most of my show going pals/shotgun riders have jobs and responsibilities too heading out to a rock-n-roll show on a weeknight ain't what it used to be.)
The first thing he said to me was "Man, You have gotten taller." One of the many other things we talked about was my currently in long hibernation  record label Bancroft which put out his "Dirty Nails" single some years back. We are making arrangements to get the original pressing plates back to him. It was one of the fastest selling records I put out but financial strains and life in general at the time kept it from seeing a repress at the time (sounds familiar as I am someone straits at the current moment too. Yep, the story of my life more often than not). Who knows, maybe he knows someone who will help a 2nd pressing see the light of day again some time.
https://www.facebook.com/jackoblivian
Posted by Dale Merrill